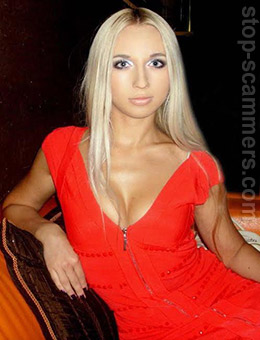 REPORT N1 (added on October, 13, 2015)
Tim (USA)
She is VERY clever, roped me in, I was ready to pick her up at PIT.
We wrote every day since meeting.
I have never spoken to Ana on the phone.
I have no idea if she looks like the photos but the passport photo on the attachment does confirm her appearance.
She wants to see me, where we will live eventually, confirm compatibility, and Ana seems lost in this whole set of events
Trip costs $1400 USD +/- according to the travel agency, includes processing her papers, flight to Moscow, Visa interview in Moscow and flight to PIT.
Mother "Maria" retired seamstress, pensioner, borrowed $1270 payable in 7 months for Ana's trip to visit me and stay in my home.
Passport and Visa would require no more than 2 weeks to procure again according to the travel agency.
According to Ana – Natalya at travel agency requested and received, from the US Embassy in Moscow, a visa approval (attached to email) containing Ana's passport photo. Originally on October 9th the Travel Agency stated 2 weeks, this fulfillment seems a bit quick, which made me concerned that the papers are legit.
Ana is an only child, father was killed serving in the Soviet Army in Afghanistan when Russia was occupying it.
Since Ana is just 30 and born in 1984, the Soviet Army crossed the Peace Bridge, pulling out of Kabul in early 1989, her father was KIA June 1987, Ana would have been 3, that tests my curiosity and raises a flag.

Emails from Anastasia Vyacheslavovna Utorouwa to Tim (USA)
Tim, thanks that have answered my message. My name Anastasiya. I am 29 years old. I am sociable and cheerful person. But my life is similar to the night sky without stars. As in my life there is no the most important, love. In searches of the man of all my life, I have come on match.com. It seems to me to communicate through letters, very romantically and as it allows to learn much better the person before a meeting. I already communicated through the Internet, but it has not crowned success as men asked to send them my ***** photos, for me it was first attribute of their frivolous attitude. And consequently I have stopped dialogue with them. I think, that you will agree with me that the decent girl not when will not send similar photos on email. Tim, I am rectilinear and fair person, I search only for serious relationships, only true feelings. I think what to construct attitudes, it not a simple problem and if you are ready to it I will be glad to continue dialogue with you. Tim if for you, it is simple entertainment, I do not see sense to continue our correspondence. I apologize, if I something have offended you. But at there is no time for games. I wait your answer! Anastasiya.

Tim, I am glad to see your answer. I am glad that we are identical in search, and that you as search for serious relationship. Now we can start to learn more about each other. Tim, I am assured, that dialogue with you will be very interes
Read more