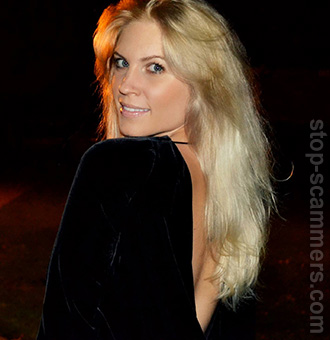 Romance scam letter(s) from Christine Elizabeth Joseph Malok to Daniel (USA)
My Baby, I Just Want To Have You F..K ME!!
my baby I heard you taking a shower, so I came into the bathroom quietly. You didn't even know I was there until I pulled the curtain back and stepped in. You stood there and looked my body up and down. I laughed lightly as you started getting erect before we even touched. Stepping forward,You reached out and pulled me toward you and wrapped your strong arms around me and pressed my body against yours.
We kissed aggressively as our wet bodies slid against each other. My hands explored your body as you explored mine. We continued kissing and fondling each other as the anticipation built.You gently ran your hands along the side of my face and through my hair as I leaned my head back into the water,You watched as the water teasingly ran down my face and over my glistening breasts. Then, as if you couldn't take it anymore,You spun me around and pulled me toward you. My bottom was pressed against you, and I leaned my
Read more