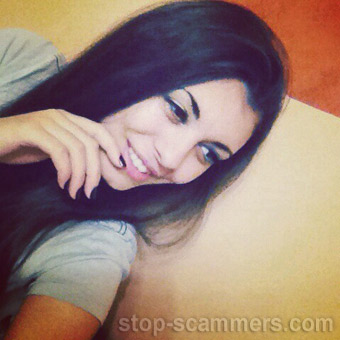 Emails from Karolina Sukhareva to Steve (USA)
Hello Steve, want to tell you that I am also happy to be in contact with you. I can not explain it even to myself, but I can feel we will find a way to be happy...and maybe, I am almost sure....together))))

I am sorry that I ask you about that....but pleas tell me again, are you seriously about me? I m so sorry again have to ask about it, but you know how many people here looking for *** only or bank machine, or something like that!!!!!

So if you do I would love to tell you more about me....I have right it to you in my first letter, but I can repeat it)))

Now a little about me, as you can see my name is Angela and I'am 31 years old.
But seriously I'am not still 31 I'am already 31, so I really ready for a serious relation. I'am not looking for a *** or cash-mashing, like many lady's here, I'am looking for a serious man whom I can belong in all ways.
So I live in Lviv, I'am not sure you know where is it Very Happy it is on the west part of Ukraine and the Ukraine it is the eastern Europe. Well a little far from you, but there is no distance between two nice people who want to create lovely couple, how do you think?
I call myself like a beauty worker))))) I'am the owner of beauty salon, so don't worry you will not go sleep with one women and woke up with other Very Happy Very Happy Very Happy I'am perfect for my man all the time!
I live alone, but often time, well not so often as I want, I try to visit my parents. I know maybe it is a
Read more