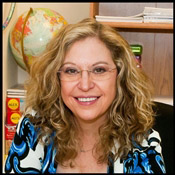 REPORT N1 (added on April, 15, 2016)
Richard (USA)
Met her on Chemistry site. She claimed to own construction company and about to finish a project in Hammond, LA. Refused to meet with me even though I live only 1.5 hours away. Sent me flowers for Valentine's. Soon left area for Cape Town, SA. Gave me address and phone number there, but unable to connect on phone or locate the address there. She called but the number did not show on my iPhone. She spoke with a strong Brittish accent. Said she was working on large building project there for at least 8 weeks. Then about 3 weeks later she said she was hit with huge water and electric bills for the permits for the construction site and asked for my help because she had used up all her credit and cash on labor and materials claiming the costs were more than she had planned for. She pleaded for me to send $10000 to her. I told her that if she had met with me in person I would gladly help her out, but I would not send money or gifts to someone I had not met in person. She stopped writing and so did I!

How are you doing over there, and i am so happy to hear your son got his own good news. I know you have been waiting anxiously to get the good news. Guess what baby!!!!!! I got the contract in South Africa; $6.7 million… yeaaaaaaaa. I am so excited, i got the news before now but i was just waiting for the hard copy of the certificate of award before i tell you about it.

Baby, my only problem is the timing, it is putting on a lot of pressure right now, but is fine because the excitement of winning the contract has overwhelmed the stress i am going through to figure out what i am going to do. From all indication I need to arrive in South Africa by Saturday, so I will be leaving from Hammond to South Africa on Friday Since the contract date is 20th which is Saturday. I need to get to South Africa and do inspection and also get workers and to put them through some safety measure and other stuff like negotiating the daily pay with them. I have already discuss with the firm I did this contract for in Hammond and they will be depositing my check so I can have enough fund to add up with the one with me to enable me commence this contract in South Africa.

Baby it is so sad that I can’t see you before leaving for SA because I really wanted to meet with you; I really miss you and wanted to see you. I love you baby and ones this contract in SA is completed I will take a long vacation just to be with you. This contract will
Read more