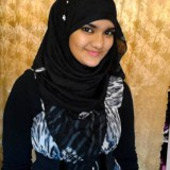 REPORT N1 (added on May, 16, 2016)
Luis (USA)
I was contacted by this person who claimed to have gotten my info from Shtyle.fm. First contact only contained an email address and name, and a desire to become friends. It contained a link that took me to a site that seemed to be legit, but I was still wary. I responded to see where it would take me. The second letter was a tall tale of her parents and family being killed by the members of Islamic state of Iraq and the Levant (ISIL) in her Benghazi, Libya home. It also contained a contact number with a Doctor Aliou Doip, who is the refugee camp's doctor. He allows her to use his computer for emails, and his phone to receive calls from her suckers. Her father had deposited 4.7 million dollars into a bank in Scotland, and she needs help in getting her money, because the United Nations will not allow refugees to have money, so they have to get a representative/guardian to have the money transferred into their personal bank account. Once it is transferred, I can send her funds to get to my country. She wants me to contact the bank and begin the process of transferring the money to my account. Oh yes, she also wanted to know how much money I wanted to assist her in this matter!
I have yet to send any money to anyone, nor do I intend to do so. I know that her next step is to begin the process of bilking me out of my money. I am going to string her/them along as long as possible; at least this will take up some of their time and maybe slow them down from duping some poor slob. Her third letter contained contact information for the bank in Scotland ( DR. STEPHEN HESTER the foreign transfer officer of the bank) and I am supposed to contact him as quickly as possible. Once this information was given to me all of her letters have been very short, only asking if I have made contact with the bank. I googled her name but did not get a hit, but there was plenty of info on this scam and the fact that there are no refugee camps in that country. I have saved all of her letters and the two photos that she sent me.

Thanks for replying my mail despite your busy schedules. How are you over there in your country. I believe that you are fine.

My name is Warifa Hamza. I am from Benghazi Libya in North Africa, i am 24yrs old, 5.3ft tall, fair in complexion,(never married) I am presently residing in refugee camp in Senegal as a result of the sudden death of my late parents who were killed by members of Islamic state of Iraq and the Levant (ISIL) on March 9th 2015. My late father Dr. Ibrahim Hamza was an oil and gas contractor with the Libyan Government before his death.

Early morning on Monday 9th March 2015, the members of Islamic state of Iraq and the Levant (ISIL) came to our house with two pickup Vans. They entered our house and held my father and my mother and sliced their throat and kill all the members of my family. They claimed that my late father was against their believe and killing of innocent citizens that was why they decided to kill hi
Read more