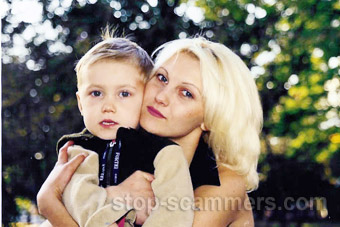 Yes I have very big ******* PROBLEM!!! All my life one big problem, do you know why, because I live in Ukraine, in country when every people thinking about your ***!!! Now i really have huge problem, my husband took away from me the son both does not return it(him) to me and tries me to blackmail!!! What do you think-it is problem or NOT???

I shall explain to you, it(he) always wanted to hurt me, but might not, because I never paid attention to all what it(he) might hurt me, but now he(it) has good reason that I experienced.

Now my husband who has all proofs of that I (bad mum) has thrown the son in Ukraine, and itself have left for other country to arrange the life, has brought an action the application where I have written that bad mum, and I think only of myself, and about the son have overlooked and for a long time I leave it(him) without parent attention. Those people which knew where I have gone with pleasure have helped the husband, therefore to collect proofs for court, that I bad mum, was very easy for it(him). I spoke it(him) that I shall make everything that it(he) wants to return the son, but it(he) has told that to it(him) (is necessary or I or money), I can not and do not want to come back to it(him) and the son too, therefore now I try to solve questions with bank and I shall sell an apartment.

I have told to you this history shortly. Actually my child is completely not necessary for it(him), my tears and an opportuni
Read more