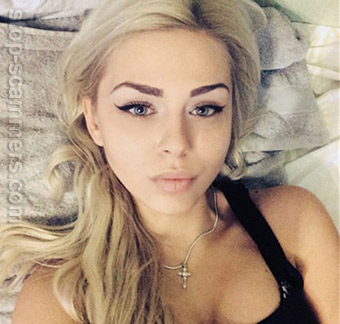 REPORT N1 (added on August, 31, 2016)
John (Brazil)
Belotchka first contacted me though Singles Dating World just to say "Hi" she then sent me a series of photos and I heard no more from the woman, I think these people must have their own databank of scambaiters.
I eventually found her in her Russian Facebook page under the name of Milana Neskazhu where she described herself as a ***** who liked **** and **** ***. I have arrowed in blue the identical facebook photo of Milana which is the same photo that was sent to me in the name of Belotchka.
I also found her on a Russian reverse mirror search under the name of Daria Kraeva, I was unable to translate the Russian page referring to her into English.
There is no other conversation with her only her introduction to me at Singles Dating World.

Emails from Milena Neskazho to John (Brazil)
so yes, I am a girl and I am doing the first step and writing you now))) why I am doing this...in real life I would never do such step, because I have an opinion that man should do this! but we are living in 21 century and it's internet, so here I am not for wasting time and this is a reason why I am doing this step))) why I am laughing, because I wanted to say just short "Hi", but as you see it did not work))))