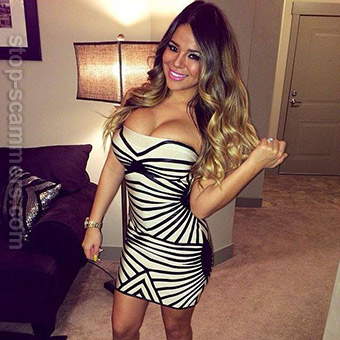 REPORT N1 (added on December, 8, 2016)
Simon (England)
This was an attempted scam/fraud as I did not actually hand over any money but since researching scams in more detail there were many of the standard scamming techniques used. In fact the sender used whole paragraphs of text that were given as typical fraudulent examples from this very site. They had obviously done their homework! This person originated contact on the Alt.com site under the username of Searchfordone0, offering domme services having seen my profile within 48 hours of me registering on the site. Initially an icebreaker message was sent followed by a further message the same day (15/11/16). I responded on 19/11/16 expressing interest and received a request on 23/11/16 for my email which I obliged and the conversations were then conducted through this method, copies of which I can send you (along with some photos purporting to be of Mistress Jenny). There was regular correspondence from 29/11/16 to 4/12/16 inclusive. This was the first attempt by myself to establish this type of relationship so I was keen to follow it through in the event that it was genuine, even though I had some reservations from the offset. She said that she was employed as an Events Manager and that she dealt with senior directors from a number of large businesses and that she was financially solvent. However she just worked two days a week and her punctuation, grammar and the structure of her messages were very poor! I had mentioned I needed the arrangement to be discreet but she kept going on about the importance of security if the arrangement was to work, even saying that when visiting I must be very quiet to avoid being noticed and that I must stop searching for other mistresses. I raised the problem of the distance involved and she suggested that we would take it in turns to visit each other. She tried to play on my emotions (even said that I was handsome when I know I am of average looks!). I continued the correspondence expecting an eventual request for money prior to our meeting and this duly arrived on 3/12/16, ?800 needed for various equipment. I was told to send an order to bdsmexclusivepro@net-shopping.com directly with the list of items and tell them Mistress Jenny Burton referred me and to quote her Customer ID which is MS325093. This was to be ordered and paid for before our first visit! At this point I made it clear that I realised this was a scam but she persevered by saying that she could understand why I was being cautious but still felt we would be compatible and it would be a shame not to meet up. I gave her the opportunity of meeting at a neutral public place or to skype so I could confirm that the person I was talking to was the person in the photos. She was unable to do this and correspondence then ceased (4/12/16). I have advised alt.com of the situation. Before disclosing my email address I had searched on 192.com to see if I could trace a Jennifer Burton in Gillingham, Kent. There was a Jenifer L Burton and although the entry was from 2005, the age profile suggested that she was between 25-29 which would fit the age quoted on alt.com website. Whether the sender was the real Jennifer Burton I do not know. I did a search on the photos sent to me on your site and one came up that was recognised from a lingerie site for ***** women.

Emails from Jennifer Burton to Simon (England)
i'm a single mistress looking for a ***** to explore my fetish desires with. dont be scared, i want you to express yourself when you are around me

Hello,your profile seem wanting to me.I am interested in finding out more about your fetishes desires.

Hi, You have some attributes I m looking out for in a match.I don't often come here so I think email will be great! if you want to be collared by me,send me your email address,i will contact you. You may address me as Mistress Jenny, What's your name?