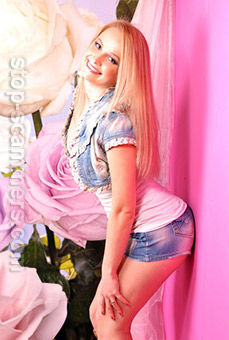 REPORT N1 (added on March, 16, 2017)
Robert (Canada)
I became familiar with Irina Kascheeva as the translator to Zhanna Timofeeva. She showed up on our first date with a white mazda with a kramatorsk auto dealer license plate trim. She also stated Zhanna was from Kramatorsk, but on her profile it said Kharkov. It also stated fluent/good english on both Natasha Club, and Anastasia, but she appeared to need a translator. Irina would charge me for the use of her car, in addition to the $25 hourly fee for translation. Zhanna stated she did not know Zhanna personally, but she is connected with Zhanna on her social network accounts, and the private investigator found a picture of her with Zhanna at a new year's eve party.
I became suspicious and hired a private investigator on January 12. Subsequently, Zhanna and Irina were under surveillance in Kharkov from January 15 to January 17. It was shown that the pair worked together to dishonestly get money from me. Zhanna stated she needed a taxi ride to her friends, and asked 200 gryvnias on the night of January 15. Irina dropped me off at the hotel, and Zhanna took the taxi which the private investigator followed. She ditched the taxi 300 metres ahead at Kalamya bar, and went inside. When I paid Irina, she arrived at Kalamya bar, and picked up Zhanna, and took her to her place. Irina's car was followed by a man in a black volkswagen by the name of Dimitry Rudich, likely to provide cover. Irina took Zhanna to her place, and after a while she left, and went to her friend Tatyana Scherban. Zhanna did this the following night. On the 17th, Zhanna asked for 1000 gryvnias to take Bla Bla car back to Kramatorsk, but the private investigator followed her in Irina's car to the Kharkov bus station on Prospect Gargarina.
Irina was an accomplice to Zhanna in a false engagement scam, in which the engagement took place on January 9.