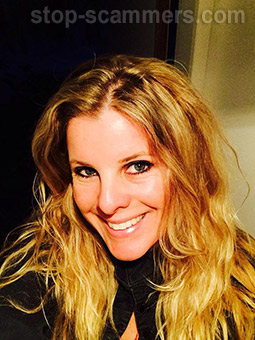 REPORT N1 (added on April, 18, 2017)
Jeewee (Netherlands)
This Ilona Deleon says she is bying gemstones, but is asking you for a amount to close the deal, while she is hold in malaysia for not being able to pay fines and bribes...
I lost ? 18.000, so don't be as stupid as me, and be warned She just changed her business adres and moved it last week to Canada and more recently to London United Kingdom operating from datingsites like Zoosk in the Netherlands.

Romance scam letter(s) from Ilona Deleon to Jeewee (Netherlands)
hey its me from zoosk..did you get this?

It was nice to hear from you again, My Full Name is Ilona Deleon and whats your full name if i may ask? I know this way of getting to know each other is not exactly traditional but i guess we have both decided to give it try. i was very new on the site when we messaged each other so pease forgive my naivete..you are my first..he he.... Now to tell you a little about myself: i was born in Amsterdam and i am into buying and selling of raw precious stones ( opal, sapphire, ruby etc), currently i live in the US but I have been here in Amsterdam now for about a week now on business to meet some potential clients and I Am leaving for Malaysia in about 24 hours or so - on a business trip...Basically to buy precious in the Jungles of Malaysia in Borneo and sabah....To tell you A little more about myself: I lost my both parents too early, my dad was of Mexican origin and my mum was Dutch which makes me a Dutch citizen i guess, so i am basically mixed; i know some people discriminate against this and i hope this isnt much of a problem for you , my dad worked as marketer in the gem stone industry in South africa for some time, so i lived in south africa with my parents for sometime before relocating to the US and as a result of this i was introduced to the same business before he died. I am basically 43years old single woman born here in the Netherlands , Thus i basical
Read more