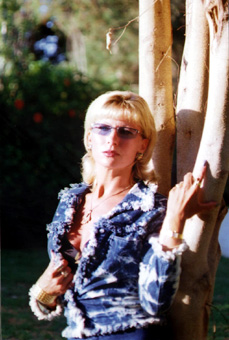 REPORT N1
Heinz (Switzerland)
I saw Valentina on the webside "a pretty woman". Since Novembre las year we did exchange mail's. She forced me to go closer, but I was not ready at this time, we had also some communication problems, because her english was not very good. She got angry and broke the contact. In February, at Valentins Day I got a nice foto from her and she offered to continue the contact again. I agreed. She made a proposal to invite her at the "womans day" to Paris and meet there. It was a package by bus Kiev-Paris for 300$, incl. accomodation. I agreed and send her 250$ trough Western Union. When she got the money, she answered that the package was sold out. So we agreed to meet at an ohter place in Vienna at the end of March. I did send her again 200 Euro, that she was able to buy the arrangement for Vienna with plane and hotel. Two weeks before we should meet, she wrote that she can't come because of her working situation. I believed her because I hadn't any reason to mistrust,in the time between February and the middle of April we had nearly daliy mail exchange and in her mails was every time a nice foto attached. So we fixed an other time at the end of April. There was again a cancellation from her site. And suddenly, in the begining of May she broke the contact completley, with any explanation. It was also not possible to get her by phone, because she hung up. So, at least I did lose around 400 Euro by this unpleasant expirience. I only can warn to keep your hands out from this lady.
REPORT N2
Jon (USA)
We started correpsonding in March. She started our aloof and in April for my birthday, she started sending me very sensuous pictures of her (some of the same ones on this site, but even more revealing). She told me she was taking care of her ill mom and had to change email due to unpaid bills because of medicines for her mom. She claimed she worked for a TV station. I never sent her any money although she would often "hint" that she needed it. We were planning to meet in Crimea and she asked for $300 for her plane trip. About that time I found her profile on another agency with a different name and age an that she had a son. When I confronteed here with this, she told me that I was not "worthy" of her and our conversations ceased. She is very persuasive and appears sincere and direct and it is difficult to ignore those pictures, so be careful.

Romance scam letter(s) from Valentina Oliynichyenko to Jon (USA)
HI DEAR JON!
Thank for your remarkable letters. I have received them and was very glad to them. Excuse, that I might not answer you more quickly, but my last month is very difficult, and to me all is more difficult to find time of that I might answer you more quickly. Yes, we shall have now the big holiday is easter, a religious holiday. And then we as have May, 1 and May, 9 (day of a victory above fascism). So, May is very rich on holidays.
Very much a plenty of work and problems does not do me very cheerful. It is more than month at me at home there was mum. When she arrived to me was very much ill. I treated her houses, did injections and gave necessary medicines. Then she 10 days was in hospital. Everything, that I managed to earn before cunningly on payment of medicines and hospitals. her health has recovered, and only four days back she has left to herself home. I can be quiet now as she feels like well. She had a pneumonia, that in our houses bad
Read more