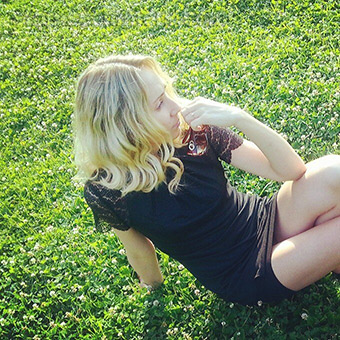 REPORT N1 (added on August, 29, 2017)
Graham (England)
This definate scammer emailed me on match.com and intro herself sent ridiculously staged posed photos of obvca top model...said after two emails she loved me and wanted to spend rest of he life with me and marry by 4th email...asked me to pay half airfare and visa costs...called me darling husband after couple emails her parents had died years ago, her phones constantly off and told me there's only bad men in Russia that drink and beat them ...she stopped writing as soon as i made clear I would give her flight money but never never ever send or transfer money to her coz she said has no bank account even though said working but her uncle has account but she stopped immed I said will never send money day before she desperate to marry me coz im her dream shed always been searching for I kept her going to get as much info as possible but she only answered questions she wanted to and also contradicted herself when she said been to London,I,said I lived in London,for year which was true but then,said she meant say oxford but couldn't tell me what she did on holiday apart from walking only blatent obvious scammer also called me Mr graham instead of graham.

Romance scam letter(s) from Ekaterina Zhukova to Graham (England)
Hello my lion Graham!!! Graham, surname - Zhukova Ekaterina! ;) Well, dear, I'll write you my phone number, but, I want to tell you right away that I have an ordinary city sim card that only accepts city calls :( But, nevertheless, my darling, try calling maybe My number is: 8 (928) - 338 - 19 - 11. Lovely I, … yes yes yes my and nobody's is more, only mine. I very much - very much love you, you at all do not imagine, As far as strongly, simply I do not know why, but you became sense of my useless life. I cannot transfer you the love at all Words since it is simply impossible. There are no on the Earth such words which would be worthy you, all is insignificant in comparison with You. You the best in the world the man - it the fact. I so would like your love and caress, your heat and tenderness … me it would be desirable, that once, you have told: « your I forever », I want, that you have passionately whispered to me it on an ear, have touched my cheek the cheek, burning a hot kiss. … I Want, That you were with me, allowed to touch yourself, to embrace, kiss, hear the breath. You the remarkable person On all white light. You want, I shall give you heart and soul? I shall make it, precisely! Trust me, I live without you I can not!!! I would like to devote to you any verse, but all of them are written not by me; I would like to think up the most beautiful verse for You, but even the finest words on light ANYTHING in comparison with you. Let others t
Read more