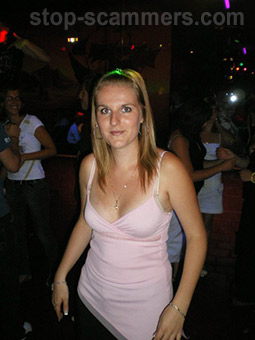 REPORT N1 (added on November, 14, 2017)
Peter (UK)
She contacted me on Ourtime,saying that she was alone and desperate for a friend. She gave me an email and phone number and was deleted by Ourtime within a few hours. I checked the phone number and found that it was in Burkina Faso. We exchanged a few emails ans then she was keen to go on to Skype. We had Skype conversations on a daily basis for several weeks, during which she maintained that she was unhappy with her life in BF. She sent some photos and we tried Skype Video but the quality was very poor and the connection repeatedly failed after a few minutes. When we started Skype, I discovered that she communicated in French and used a translator which was given for the stilted language in the Skype chats.
She did not ask for money but maintained that as the result of being rejected by her boyfriend of 8 years and the father of her 3 year old daughter, having no living relatives, she accepted a part time job with a charity running an orphanage in Ouagadougou. The pay was hardly enough to live on.
Suddenly the daughter was taken ill and admitted to hospital and she asked me for 50% of the hospital fees. She sent me a copy of the hospital diagnosis and the invoice. The child was shown as suffering from Typhoid and acute Anaemia. I was not convinced by the paperwork,but she said that the hospital was withholding the drugs until payment was received. I paid 450 Euros. She made out that she was sleeping at the hospital with the child. But all Skype came from the apartment. The child came out of hospital and she had no money for food and I sent 105Euros.
she swore on the life of her child that if I sent her the money she would book a flight to the UK. I paid her 900 Euros and she said that the flight was booked ans she was to fly on 21st September.
But there was one further problem, the other 50% of the hospital bill had been paid out of her neighbour's savings and she wanted to repay her before leaving and I paid her the other 450 Euros.
There was great excitement and packing the night before she was due to come, but of course she did not catch the plane. The excuse given was that the child had a relapse of Typhoid fever in the taxi on the way to the airport I thought that that would be the end of it, but a coupleof days later she contacted me again. By this time, I had decided that she is a scammer, but thought that I would lead her on as I enjoyed the chatting.
again she swore that she would send the rest of her life with me if I got her out of the dreadful life she was living in Ouagadougou. I said that I needed to be sure that she could enter the UK as a European citizen and she sent me a scan of her passport. Eventually the matter came back to money and she said that she is no longer working. I offered to send her a ticket to fly to London but she would not accept that. She wanted the money to buy the ticket. I said that I could not send her any more money, but I could purchase a ticket with a credit card. She asked if there was credit on the card, when I said that there was she immediately asked me to get the cash on the card and send it to her. I refused. She immediately shut down the Skype contact.
I sent her a message saying that I did not want out friendship to end in this way. She came on Skype on the 8th October 2017 and we chatted. She vehemently maintained that she is not a liar.
I have not heard from her since that date.
I have a copy of her supposed passport, saying that she was born in Brest, France. But she seemed to know nothing of the place. She always seemed to avoid pointed questions. I could find no trace of the Hospital where the child was supposed to be taken. The Skype video was so poor that I am not convinced that the face on Skype is the same as the face in the photos. As time went on she was always reluctant to do Skype Video, and if she did agreed to it, there would be a delay of at least 30 minutes before it could be started. There was no sound on the Skype, but on one occasion there was sound for a few seconds, when I heard a male voice. On the last Skype,something seemed to happen in the room and she came to the PC and I believe she shut it down with the keyboard.
She refused to contact her embassy in Ouagadougou for financial help with the childs illness. She refused to ask her church for help. He supposed employers in the charitable orphanage would not help her.

Romance scam letter(s) from Valerie Dumoine to Peter (UK)
Hello my love how are you? I just hope you had a good night? As for me this has not been the case I only think of the two of us because I want to live with you forever and I do not want money to be an obstacle to our relationship because I really love you even if you doubt a little bit of everything but I just want to make you understand that you're the man of my heart, the man who filled my life with happiness and joy and all I wish for you to see you happy because you deserve it, you are the only person who gives me a smile and the person who supports me D Years all then I would never dare to hurt you believe me my love for you is so great that it will hurt me to see you suffer I love you and I love you all my life. Good day, I'll try to get some sleep.
I'd just like to talk to you about my life spending with my ex-boyfriend I've lived so much with him that it hurts me often but hey all this is part of the pass we spent more than 8 years together both, but after I noticed that his behavior to Change every time I talk with him he was just answering me wrong where often there is no hand to me, he did not sleep at home he spent all his time outside with these friends, he often sends even girls into the house where we live all Both but I did not speak every time it repeats so I made my decision to leave it not to suffer even more, since I have no one left where to stay so I contacted my best friend who to spend her life here in Africa so it is she
Read more