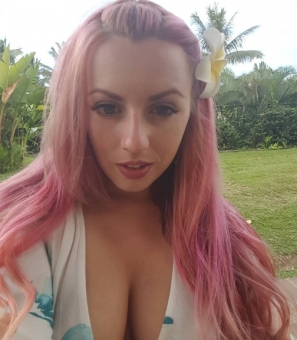 REPORT N1 (added on December, 14, 2017)
Moses (USA)
Charissa is an internet fraud and a SCAMMER. She asked me of my Credit card information in her fifth message. Im 100% sure that She is!!!
REPORT N2 (added on January, 16, 2019)
Chris (USA)
I was contacted via site mail by Shazney Moore that lasted a few days and turned into text messaging. We spoke for a while before she asked if u wanted to go on a date. I said yes and then she explained that she worked for a Model Agency called Model NG and they were set up in Millville NJ for a shoot and that I needed to fill out a legal document and pay a $500 booking fee to insure her safety. After her safe return they would return 90% of the money and the rest of was for tax? I told her I couldn't afford that and she asked how much could I afford reminding me of the 90% reimbursement. I told her $200 which we agreed on. She gave me the name of her manager in the Philippines and I was to wire the money through Western Union which I did reluctantly. After the money was picked up she told me that her manager never agreed to it and I needed to pay the other$300 which I said no to. She said she would cover the money just to pay it and when we got to the date she would give it back to me but for security and legal purposes it had to be paid by me online. I said no and I was not happy and threatened to turn them in. She said please not to do that because she was a orphan and her manager had bought her to help her with her checkered past. She was being held and had to work for them and wasn't allowed to go out only to work where security was always with her and begged me to buy her contract for $7000 and we could be together. I obviously said no as I really didn't believe her. After a back and forth I told her I wanted a refund which I was entitled to and she said she would contact her manager. I didn't hear from her for a week or two when she contacted me asking if she could see me. I said anytime but I wasn't paying for it. She told me how much stress and pressure she was under to finalize our deal and really needed me to help her. After a couple of weeks I agreed to help her and sent the remainder of the money thinking I would be reimbursed I know what a idiot. Obviously that was the last time I heard from her. All my calls and texts have been ignored.