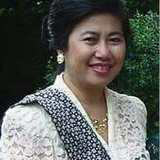 REPORT N1 (added on February, 6, 2018)
John (Brazil)
Says she is in hospital in London dying of cancer and wants me to deal with her money, she will give me 30% of her fortune.
I found a photo of her being transferred in an ambulance, the ambulance number plate definitely aint British or Canadian, I rest my case, lol.

Emails from Rosaline Ranson to John (Brazil)
How are you doingMy name is Roseline from Canada,i will like to be friendly with you.please write me directly to my email (roselineranson@outlook.com) because i don’t visit here often.

My name is Mrs Roseline Ranson from Canada, but presently in LONDON hospital now, I am a dying woman and I decided to donate what I have to you for charity work/assistance to less privileged people in the society. I am 54 years old and I was diagnosed of Lung cancer for about 1 year now in which I have been in this hospital for 7 months now.
I was married to a man that I loved so much and as the only child of my late parents my late father willed all his proprieties to my husband because of the love we had for each other by then, not knowing that my husband was just a gold digger who married me because of my father's wealth. We were married for 27 years without any kids.

On February I fell sick and was rushed to the hospital, the doctor confirmed that am suffering from cancer of the Lungs, immediately my husband heard that he automatically turned his back on me, he hardly come to see me in the hospital as if he has been waiting for me to die all these while, two months later my illness become so much on me and I was flew from Canada to Federal Medical Center here in United Kingdom for a better treatment.

My dear do you know that my husband left me in hospital after one week and traveled back to Canada, Given
Read more