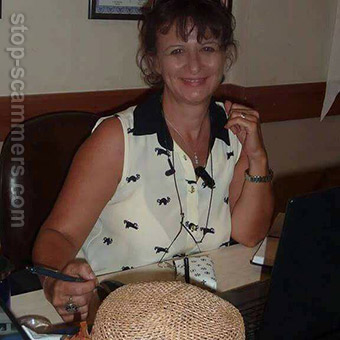 REPORT N1 (added on April, 11, 2018)
Phil (England)
Interesting one this lady who calls herself Melessa or Melissa Fraye. Says she works in a bank where a client has died and left a deposit worth $11.5 million. In her mail to me she asks me to commit so many offences against The British Theft Act 1968 and American Justice laws that it is almost unbelievable. Fortunately she is in Turkey, lol. I didn't communicate any further with her as I actually could have been committing conspiracy had I done so, even if she is a scammer.

Emails from Melissa Fraye to Phil (England)
Greetings, how are you today, my name is Mellesa, I have an important discussion with you please, can you kindly write to my email box (mellesafraye22@gmail.com)

Thank you very much for your mail,Please, kindly pardon me for any inconvenience this massage may cost you because I know it may come to you as a surprise as we have no previous correspondence.but I believe that it takes just one day to meet or know someone either physically or through correspondence. you were revealed as being quite astute in private Entrepreneurship, one has no doubt in your ability to handle a financial business transaction.. Anyway let me start by introducing myself. I am Ms,Melessa Freya a divorcee with one kid,i am working with the Central Bank of Turkish here in Turkey.

Now listen On the 31st of July, 2009 our Bank client Mr. Andreas Schranner a German property magnate and also a businessman, made a numbered fixed deposit for 18 calendar months, with a value of Eleven millions Five Hundred Thousand United state Dollars Only (USD$11.5M) in my branch. Upon maturity several notices was sent to him, with no response. Recently another notification was sent and still no response came from him. I later found out that Mr. Schranner along with his wife and only daughter along side their in-law and grand kids had been killed in a terrible plane crash.

After further investigation it was also discovered that Mr.
Read more