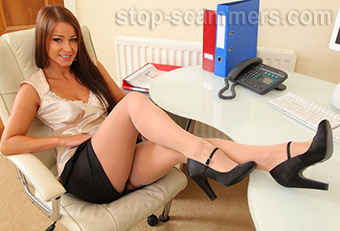 Emails from Beatrice Ranson to Brad (France)
IT IS VERY URGENT

I have something very important to tell you, please contact me back immediately :

Dearest in Christ,
I am Mrs. Beatrice Ranson from Canada. I am a dying woman and i decided to donate what I have to you for charity work/assistance for the less privileged people in the society. I am married to Mr. Harrison Ranson who worked with embassy in Canada for Sixteen years before he died in the year of 2015. We were married for 21 years without a child. He died after a brief illness that lasted for only four days. I am 42 years old and I was diagnosed of lung cancer for about 1 year now in which i have been in this hospital for 7 months now.

On February, i feel sick, and when i was rush to the hospital the doctor confirm that am suffering from cancer of the lungs, two months later my illness become so much on me and i was fly from Canada to Federal Medical Center here in United Kingdom for a better treatment. My illness increased to the level that my doctor told me face to face that i would not last for the period of 5 months due to cancer problem unless God intervenes, since then i have no other option then to tell the doctor to look for a Reverend father that will be praying for me until the day of my death. To God be the glory the doctor told Father John Mark about my problem. It was the Father that told me that God will heal me if only i can
Read more