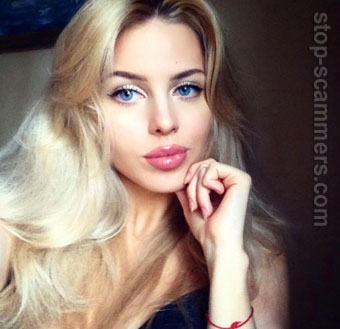 REPORT N1 (added on July, 18, 2018)
Al (USA)
Beautiful Alicia may contact you by text saying your name was in her phone book. She will fall in love with you in just a few weeks, ask you to send her money as proof that you love her and to help her for a business deal (which is FAKE) since she lost all her money in a Ponzi scheme. Alicia will give you FAKE Bank Statements to show you she lost 500,000 GBP IN A PONZI SCHEME. She says she wants to spend the rest of her life with you, but she can't leave Glasgow unless you pay her debt of 100,000 pounds GBP and she will produce a FAKE Loan Agreement done from a FAKE Law Firm. She will reduce amount if you can not pay 100,000. Alicia will give you a FAKE UK Driving License as proof of her identity and even a FAKE UK Passport. Alicia will send you lots of **** pictures of herself and pictures in model type clothing. Consider EVERYTHING SHE SAYS AS ALL LIES about her story about her family, sisters, uncle losing his house because he loaned her 50,000 GBP which she must pay back before she can leave Glasgow, these are ALL LIES and FAKE. She will even do phone and text *** if you want but you will never see her live on video cam or even talk to her on the phone - all done to prevent you from tracing or locating her. BEWARE she will make you believe that she can't live without you and will say she will give you the best ******** and the hottest *** you ever had.
Created: 2018-07-18    Last updated: 2018-07-18    Views: 1624