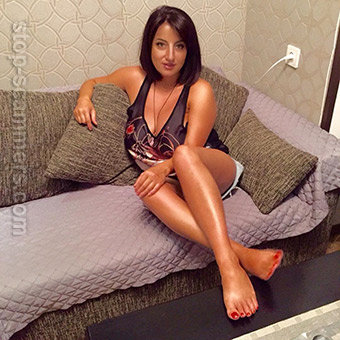 REPORT N1 (added on November, 8, 2018)
Bill (USA)
About 6 months ago, I met merci, and she took me in to hang out. It's relationship ongoing for about 6 months, she was supposed to come to the United States, and we were to be married, I sent her western Union a 1000 dollars to come here. She picked up the money on the second of November, 2018. To the airport in Istanbul and sent me an itinerary that said she was leaving Istanbul. Airlines with an hour and a half layover in Dubai and then on to Orlando, Florida. I didn't hear from her after the money was sent, so I checked with him or airlines to see. She didn't book a ticket in her name at all, then I got an email from somebody that claimed to be an immigrations officer in Saudi Arabia in Dubai, saying that her paperwork was fraudulent and that she had a bailable offence and wanted 5000 dirhams, and then she could continue her flight to me, it didn't happen. I get sent no more money, then I received an email from her, stating to do what he said so, she could be with me, or she would be deported within 48 hours, the 48 hours have come and gone. I've heard nothing from her since.