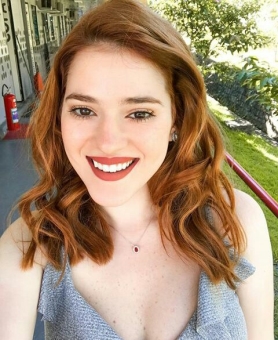 REPORT N1 (added on January, 9, 2019)
Thomas (USA)
Scammer first contacted me approximately two weeks before Christmas and quickly progress to saying she loved me within the first day. Said she lived with grandma and would drive granmas 1985 capprice to Minnesota for a visit and wanted $100 for half the gas costs which increased to $150. Total price estimate at gas buddy.com was only $87.00 total. I told her I would not send money to anyone I never met and after some complications I convinced her,that I could give the money to a parent of a freind which lived in Memphis and.she only needed to pick it up. I said I arranged for $200 to be given to her by my freind Dave and he could bring it to her,door,if,i had her address. She refused claiming she,was wary because she,did not know him. Finally she insisted on, this meeting be done in,a,public setting so she felt safer. I then arranged for it to be picked,up downtown at Dave's place of employment, the central police unit and that she,should go to the info dest inside main entry and ask for sergeant David la belle. (completely ******** story, but it worked) she immediately freaked out stating I was trying to set her up and.she couldn't be arrested because of some other issue . that is,the last I heard.
Created: 2019-01-09    Last updated: 2021-05-28    Views: 1907