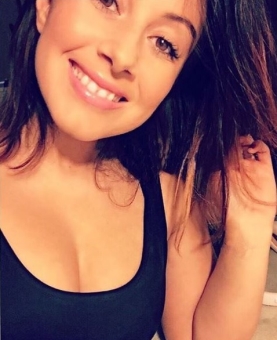 REPORT N1 (added on January, 15, 2019)
Chris (USA)
I received a message on AFF introducing herself and immediately moved messaging to personal email. Told me she was from Kent United Kingdom recently moved to New Brunswick NJ to live with her father whom she never knew. Her boyfriend was a drug addict who abused her and her mother's new husband was trying to take advantage of her. I, going through a divorce was told everything I needed to hear and she was a lot younger. So I bit and got it good. The second day she sent me a message saying that her father was killed in a tragic car accident and she needed to fly to Ghana to bury him. She was to stay with her uncle. We corresponded every day for almost 2 months by email and phone. She wanted to fly back to Jersey to be with me to spend forever with me blah, blah.. Asked for $500 for plane ticket so I sent it wire transfer to her uncle's account in the UK., Under the name of Leslie Cambridge. A few days later she told me she inherited 60 KG of gold and needed $1880 more for attorney which I did not give. The day she was to fly back she was detained at Heathrow for trying to smuggle gold. I didn't speak to her for about a week. She called and apologized saying she needed plane ticket money, about $2000 which again I did not give. A few days later I never heard from her again. I then saw her brand new profile on another site, instabang, from Florida. She never responded to my messages.
Created: 2019-01-15    Last updated: 2021-05-28    Views: 1898