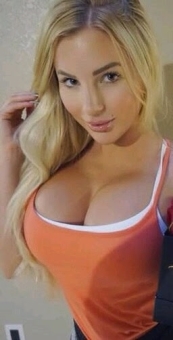 REPORT N1 (added on January, 28, 2019)
Phil (England)
She is using photos stolen from the net.
REPORT N2 (added on February, 4, 2019)
Mark (Australia)
She frequents travel sites and states that she is an Interior Decorator in Dubai. She asks for money, because her boss forgot to sign her pay check and has no funds to leave the country. Asks for accommodation, airfares, and taxes to be paid. Then on flight to the States, she claimed she was found in possession of drugs, and asks for legal fees, when taken back to Dubai. She then states she has won her case, but needs $10,000 USD to pay her Lawyers, which coincidentally is the amount of compensation she received, but cannot access it until legal fees are paid for. She promises to pay it back.
She then claims that the stress has brought on a heart condition, which she needs funds for her operation and medical expenses. Claims to be in a Hospital in Texas USA, but then wakes up in a Hospital in China, after having a miraculous recovery, she asks for funds to pay for taxes to leave China. All the time she is asking for phone card recharges so she can keep in touch with you.
She also claims to be the sole beneficiary of a $21 Million USD inheritance, which she will be generous in sharing with you.
She does have accomplices where she gives their bank account details to send funds to.
She is very convincing and keeps saying she is not a scammer and will pay the money back.
This is her Bitcoin wallet address: 3Aw3Ct9rpQeKgJbZXWqKNcyagAvb1aSRfj
Created: 2019-01-28    Last updated: 2021-08-02    Views: 1991