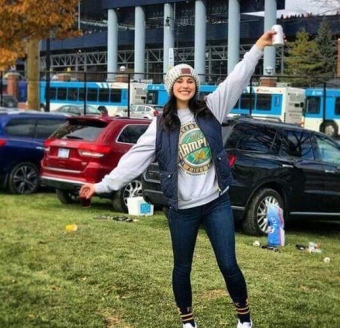 REPORT N1 (added on February, 12, 2019)
Mike (USA)
Birthday, April 10, 1988, claims to graduate from University of Wyoming in 2018, started school in 2014, Graduated with a degree in communications and a member of the Wyoming Cowboys cheer team. Reportedly doesn't drive a car and has a sister in Nevada, also her home of residence. Parents are deceased and has a grandmother living in Winnipeg. Prefers gift cards as a means of obtaining money. Has many unpublished pictures of herself in various situations. Preys on older men, claiming a previous bad relationship with a younger man has scarred her and prefers a father figure. Brown hair, brown hair, 5'7, 130 lbs, language shows traces of British influence, may be operating out of Ghana because of the desire for gift cards.
Created: 2019-02-12    Last updated: 2019-02-12    Views: 1659