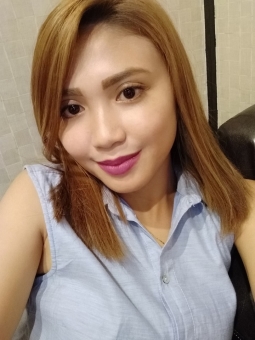 REPORT N1 (added on August, 29, 2019)
Lasse (Sweden)
Shiera is sent out by her mother Leah and aunt Sarah to scam somebody into buying a house for her family in Bacolod City. She went to Japan without my knowledge and approval because, her aunt Sarah and her mother wanted to find somebody that she could scam so that the family would get a new house without having to work. I also found out that Shiera beside me her husband have a boyfriend in Bacolod City named Raymond Gustilo. He also want to be supported because, he is a real loser that is living on Shiera as well.In the Philippines divorce is illegal and, the only way for Shiera if not married to me is and anullment that takes 100,s of thousands of pesos and 2 to 5 years in court. She will also need a psycological evaluation to prove that she was not mentally fit when we married.As I said Shiera is sadly controlled by her mother Leah,s money hunger and, that is why they without my knowledge sent her to Japan to work in adult bars and, scam Japanese men. I have received a report that she now is using and scamming a Japanese man from the city of Kyoto by the name Kato Naoki and,he also uses a nickname Yuki. I have tried to get in touch with this man but, at no success in order to warn him. If you have any questions you can off course message me and, I will answer your questions to the best of my ability.
Created: 2019-08-29    Last updated: 2019-08-29    Views: 1660