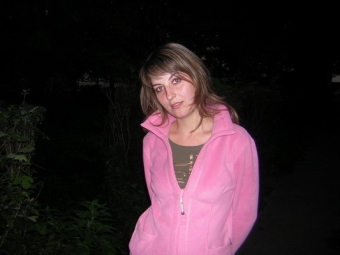 REPORT N1 (added on September, 20, 2019)
Steven (UK)
I am reporting as an attempted scammer. This is because I was also talking to an anastasia (doris pillar), and her letters were exactly the same. And this doris pillar is on this site.
REPORT N2 (added on October, 2, 2019)
Chris (USA)
She writes the longest letters i have seen yet.. she asked me to pay for her high speed internet service so she would not have to go to the internet cafe...

Romance scam letter(s) from Olga Myakaeva to Steven (UK)
Hi ny dear Steve! Has passed some days, but I till now have not received from you any letter. The Internet may be guilty in it. I do not know. And may be at you there is no time to me to write. At you likely it is a lot of work also there is no free time. Though I so do not think at all,Steve you the good interlocutor and I am grateful to what had letters from you, most likely your letters to me were lost, or have not reached?
Probably all business in my computer, recently it frequently had difficulties., likely therefore you are occupied. Well, I hope, when you will read this letter recollect the girl from Russia, by name Olga and will write to her the letter. I am sincere on it I hope. We with you so are a little copied, but all the same I already to you have become attached. I with impatience wait for your letters, your fine letters. With each your letter, I as though travel on your country. It so is interesting to read letters from the person who live
Read more

Romance scam letter(s) from Olga Myakaeva to Chris (USA)
Hello my lovely Chris !
My dear as I spoke you that I had problems on which I to you did not write during long time. My lovely as that in one day when I went in the Internet - the cafe it was late. Also it was dark in my side two guys which went were drunk. But all over again I at once have not noticed them because it was very far and continued to go in their side because the Internet - cafe was in this street and I should go to them on a meeting. It was that that awful that I and does not want to recollect but I should you tell it my lovely because I this day I all time thought of you. Because if you were here near to me that of it would not happen. Because I know that you could rescue me from them. My lovely I continued to go and when we already began absolutely close they have stopped on some time I still has thought that they that prepare to do that. But I did not think that they will do it because they were drunk. My lovely they have attacked me toge
Read more