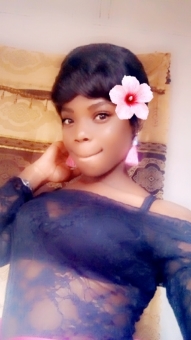 REPORT N1 (added on October, 17, 2019)
John (Brazil)
I write this report with a little tear in my eye as I really grew to like and enjoy this Young lady.
Beatrice Boatemaa a Ghanaian contacted me at whatsapp, where she got me from I have no idea?
I asked that we swap photos which we did and I found in a search that she sent me photos which she had stolen from the internet. We were getting on well and eventually I asked her for some intimate photo's which she sent without hesitation. I pushed her to send me some intimate videos, again she did this without any problems, and these videos were also stolen from the internet. I accused Beatrice of being a scammer and she immediately admitted that she had got the previous photos and videos from the internet; she said that she wanted to please me.
Beatrice contacted me at whatsapp. She 1st checked me out with a video call, no image of her and then another call with an image as soon as she had seen that I was a possible victim. She sent me her photos of which I found no trace anywhere on the net.
Beatrice in one of her video calls flashed her ******* and fondled them for me, I did not ask for this, she did it spontaneously, she then asked me if I had liked what I saw.
She began to send me real photos of her and they flowed my way without stopping, apart from serious hair growth under her **** which would make any guy jealous she is a lovely looking young lady.
Beatrice is completely devoid of any scruples whatsoever and videos and photos of her I have to say were delightful.
At first she never asked me for cash in any way. I asked when her birthday was and it turned out to be a few days later, she sent me a copy of her birth certificate to confirm this.
I have to admit that I liked Beatrice and I sent her $40.00 by Western Union to buy herself a present, the cash was my idea, not hers.
Later she asked me for $175.00 to help her start a clothing business, she sent me photos of her Grandfathers shop in quite a busy road, I never ever sent her this cash.
Eventually she asked me to send her 200.00 Pounds Sterling Western Union so that she could buy a new phone, I then blocked her.
At some stage of our chats she told me that she had found my number on a male friends phone.
I decided to continue and try and find out the name of her accomplice, I unblocked her and we began to converse again.
Knowing that she was a scammer I asked her if she would like to come here to me and give us a try, of course she would but she needs a passport, cost $3010.00.
There are around 25 more videos which I am unable to compress and send to you.
Created: 2019-10-17    Last updated: 2021-06-02    Views: 1935