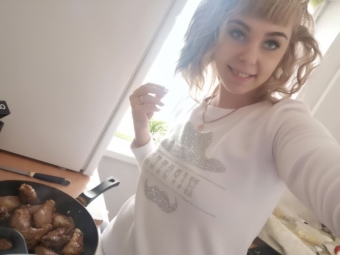 REPORT N1 (added on December, 9, 2019)
Buster (Canada)
Who am I, this little spinner has been very active. The day she was listed twice on another scammer site I got her email. One listing she was Viky the other Sveta, on another site Nina. Also listed lives in different cities in Ukraine.
Lists her age as 24 , 25 and 26. Fully suspect the person writing is the female in the photos. Perhaps an Internet cafe girl. Then maybe she is a Catfish using photos from a cheap ******. I am continuing jerking her chain. Posting photos to expose her.
Letters getting very ****.
Definitely organized crime group, could even be The Black Axe. Very sophisticated with a lotto web site and a 800 phone number. The girl buys two lottery tickets, one for her one for me. I get an email telling me my lotto ticket number. Draw to be held in several days. On the day of the draw I get an email saying I won, not a free ticket, not just a few bucks, but the second most valuable prize, ya 1,057,271 US dollars.
Can you believe it....I don't. I then get emails from the fake lottery UNLOT.COM with forms wanting my personal information including bank account number. Not a chance in **** of giving them any information
I email the scammer saying I have some great interesting news I will only tell her on Skype, she been promising she contact me on Skype. The next email the scammer says she uses a work computer and now can't Skype. Makes no mention of lotto at all. Send very graphic ****** letters and photos. Hope this helps other intended victims.
Created: 2019-12-09    Last updated: 2021-06-04    Views: 2113