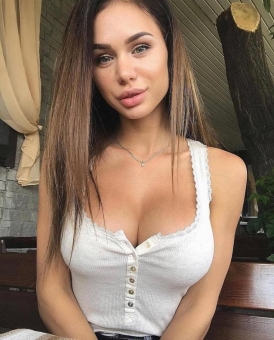 REPORT N1 (added on January, 31, 2020)
Tom (USA)
This girl wrote me love letters regularly from August to December, and we planned (I thought, naively) to start a life together. We also talked on the telephone.
She then said (typically for Ukraine Donbass scammers) that two guys followed her out of the Moneygram office in Donetsk beat her up, and stole the $200 she had asked me to send her for her exit doc (the "Peoples Republic" of Donbass makes citizens pay to leave the country) and international passport.
Ok, this is a typical scam, so I was skeptical, but then she sent me a picture of her in the hospital with a broken nose and severe neurological injuries....and said she was really desperate, has medical expenses of $500 that she has to pay, but has no way to pay that-and the "Peoples Republic" will not allow her to leave as long as she has any debts. She asked me to send the money not to Moneygram, but to her girl friend's bank account.
So I sent her the $500, and another $200 so she could get her international passport.She sent me a picture of her holding a sign with my name on it, and a photo copy of her inland passport and international passport.
I was again suspicious, as the international passport had only month (but not year) issued, and month (but not year) of expiration.....but she said, that is how Ukraine does a passport. I wrote to the Ukraine embassy, and their helpful response was that they can give no information about passports to foreigners.....
So I planned to fly to Kiev (had been there already twice to meet scammers who did not show up) during the Christmas holidays. In a previous visit to Kiev I had met a guy from Donbass who told me an exit doc only costs $30 and a bus to Kiev the same......Other Ukrainian guys told me that all the foreigners fall for this very well organised scam.
Anyway, she was ecstatic about our first meeting, but then she wrote that she was again in the hospital with a severe case of measles, life threatening. And she needs another $350 to pay the hospital before she can come to Kiev to meet me.
Right after that I got a mail from another Donbass girl who sent me gorgeous pictures of herself....and in a second letter she sent me all the same pictures and same inland pass copy of the girl I was in love with, claiming to be that girl! Not only that, but this second girl told me the same story about how I should send money to the same bank account of the same girl friend in Donetsk, and even told me about the same pet dog she had.....
In shock and disbelief, I wrote to my girlfriend, and asked her to explain how this could happen. She said I have to trust her, this other person is lying....so I said, that may be, but where does she get the same pictures and same personal info?
She never wrote to me again, never answered the following mails I sent. I lost $900 to this very skillfully manipulative and intelligent criminal-but the heartbreak was worse than the monetary loss.
All over the internet it says, "Do not send money to Donbass girls". This was the fourth Donbass girl I had been scammed by.....I told myself, it is like the lottery or casino....maybe, just maybe, I will end up with a beautiful, **** wife...I was very wrong-over and over again. It is not a lottery, it is just a garbage can for your savings. It was a very expensive lesson, a huge waste of time, money, and emotion.
REPORT N2 (added on August, 4, 2022)
Philip (USA)
This scammer is using a fake email letter for catfishing to find victims to fool with this is why I'm reporting this to stop-scammers.com please see the details below.
"Hey! I like you a lot. I want you!
Hello stranger! I saw your photo and decided to get to know you.
My name is Madhavi. I'd love to see you if you don't mind.
I am sending you my photo. Go to the website and we'll set up a meeting. I will wait for you."
"Looking For A Caring Guy
Looking for a single dude
Hello, my name is Liz, I want a link up with a genuine single dude, to create committed affair. I stay alone and I would wish to have a meaningful person in my life. He should decent, sensible, and hardworking. I look forward to supporting him in whatever he is doing, and we can build our future together and develop our lives."

Thank you for understanding me...
Dear, i dont know when u shall fly to Kiev,
first of all we need to figure out how to pay for hospital, as I explained to you how it is here, we are not given some loans or something like that with hospital curing and staying, we need to pay for it straight away when we are let out of it, so before come to you I will have to pay for what they prescribed to me and for my staying there, it was about 280$
I have all the documents and Im strong enough after staying so much time in hospital, I will just need to pay for hospital and to be able to travel for Kiev, so for my way there as well...
And then I think u can take ticket, when we solve this issues.

I missed u sooo much as well dear!
I had so much time to think of how I misss u ans how great it will be for me to spend all the rest of my life with you, love!

Hello dear!
I only now got chance to write you...
Im sorry for making u worried again.
If u knew what I went through u didnt write that I hurt you.
I was in pain as I got a hard form of measles,so I wasnt able to leave my room in hospital and needed to stay under control 24/7, was taking antibiotics and analgesics, as well some of pain killers
As I was told, my first sympthoms were fever, vomiting, diarrhea, lack of appetite, it was all not just because of measles, but it was just sympthom which showed up after, the doctors told the that it
Read more