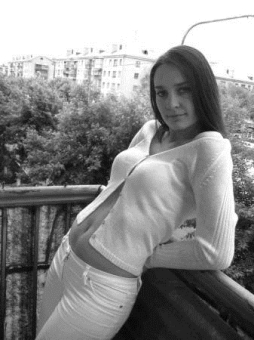 REPORT N1 (added on March, 17, 2020)
Martin (England)
I have been writting via email to olga, who contacted me through Friends Reunited Dating, for three weeks. The first couple of letters seemed fine, quite chatty, but halfway through the second week she got very heavy declaring her love for me saying she wanted to come to England and live with me. I wrote to Friends Reunited Dating Support for advice as I was getting suspicious having heared stories of Russian women scamming money out of men like me. Friends Reunited Dating Support wrote back to me saying that olga or Kralolga, as she was known as,had been taken off of their list because she had been scamming money. this was a relief to me as I had'nt sent any money, so I count myself very lucky I know some have'nt beeb so lucky.
REPORT N2 (added on April, 7, 2020)
John (Germany)
Got contacted from her via my personals ad. She sent me the exact same mails, falling in love after a couple of mails, even calling me on the phone. her english on the phone was much better than her written english. After I refused to send the money I got no more mails.

Emails from Olga Kral to Martin (England)
Hello my friend Martin ! I am glad that you have answered me my small letter.
I never before did not correspond with anybody from other countries and in general it is my first experience correspondences through the Internet. Now presently when are widely advanced high technologies, speak much and write about acquaintances through the Internet. I too have decided to try to search for the happiness on the Internet. I want to tell to you about myself and about that where I live. I live in city Kazan. To me almost 28 years and I work physician in ours to hospital. Our city is in republic Tatarstan. Summer at us warm and sometimes even hot. But unfortunately winter at us cold. But we have already got used because people which are born here they are very accustomed to sharp changes of weather. I was born and have grown in this city. My parents have arrived to this city before I was born.
Earlier they lived in city Ufa, but they have moved in Kazan because to the daddy have suggested favourable work and he did not begin to refuse. My father worked as the engineer on one from the enterprises of the heavy industry of our city. My mother was simple the teacher.
Unfortunately now they are not present with me. They have died. And now they very much do not suffice me. I have not wanted to be neither the teacher nor the engineer and consequently when I have left school began to study in medical university and now I work physician. My growth of 168 centimete
Read more

Emails from Olga Kral to John (Germany)
my lovely I has already taken the holiday. If to wait still for time my holiday to end and following my holiday will be only in one year.
If I have arrived to you it would be for me the big gift as I never before was not in other country. I went to travel agency and to me have told, that for trip to Germany it is necessary to me in general 950aa?i. Into this sum enters: two return tickets 400 euros, the visa 250 euros, the passport and the medical insurance 200 euros, the others 100 euros are necessary to me, for travel up to Moscow and residing at Moscow, in fact I will need to wait for the some time to receive the passport. I understand, that for you it too not small money. And if I want to arrive to you and from me there should be an initiative. After travel agency I have gone to my brother and have asked it about the help, it has told, that will help me and will give me 400 euros. It has told to me that my dream should come true, but he does not have more money. I very strongly love you and I want to meet very strongly you, but I do not know where more to take money. I hope only for you. Yours for ever Olga.