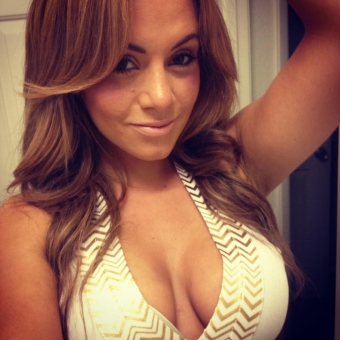 REPORT N1 (added on May, 5, 2020)
Jeff (Netherlands)
I met a woman named Emily Richard online through the Mingle2 dating site, and communicated with her for about 9 days. On the site, she claimed to be from Amsterdam, NL, but in letters she said she was in South Africa; her stated age was 33.Very quickly, she asked to communicate only through private email (emilyrichard989@gmail.com), signing all her letters "Emily cares."
In her letters, she professed to be self-employed as a fashion dealer in jewelry, gold, and diamonds. She claimed to have been born in Florida, but relocated to the Netherlands for her business. She said she was single, had no parents, and had been without a partner for 3 years. She sent seven photos in various suggestive poses. By her third letter she declared that I was her perfect match and that I could rely on her as a woman of integrity, with all her promised love and passion. She claimed she was not wealthy, but wanted trust in any relationship and did not want anyone to take advantage of her; she also wanted her partner to have faith in her and to be behind her whenever she needed help.
When I searched her photos online, I discovered she had taken her profile photo from an Australian jewelry dealer named Kelly Guyer. I played her along for a few more days and was confident that she would soon ask me for money. I was not disappointed. In her fourth letter, she hinted at some problem with the clearance of "goods" at the alleged South African factory. In her fifth letter, she claimed she had a very bad day with a "Management Board" over the clearance of those goods and then asked if I would do her a favor without specifying the nature of the favor. In her sixth letter, she asked me to loan her ?650 to clear her goods from the factory and that she promised to pay me back "immediately" when she got back home.
That same day I asked her to send me a copy of the invoice for the money owed, her bank details in the NL to wire money into her account, and a copy of her passport. I was convinced then she was a scammer, but was curious what, if anything, she would send. That same day, she wrote back offended and asked if I was "kidding" her by asking for all this proof, and if somehow I was "doubting" her. I replied that I was not kidding, and unless she had something to hide, then she should have no objection giving me all the proof I asked for, As expected, she sent nothing, and I never heard from her again.

Romance scam letter(s) from Emilly Richard to Jeff (Netherlands)
Hello, how are you and how is your day going ? thanks for your long email. and sorry for the late reply. I have been busy with my goods clearance paper works. I'm self employed, A Retailer and Designer as well, am in fashion line dealing with jewelries, gold and Diamond. I usually get my goods from Dubai before but i was redirected to there head office in South Africa here because they produce the best diamonds in SA here and this is my first time here. I also want you to know that I just join the site few weeks ago... Friends have, let's just say "forced" me on here. Not a fan of on-line dating but let's give it a go, I was invited to the site by a friend of mine that meet someone there and they are both living together now.. So I would also like to find a Man who's open minded as well as down to earth who likes to enjoy life to the fullest, where we can participate in activities together and encourage each other to share a lot of things in common honest
Read more