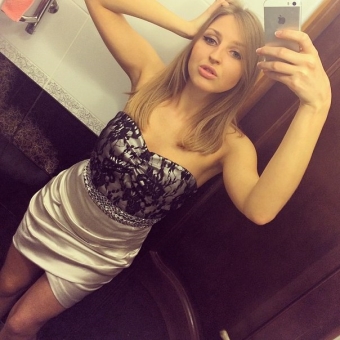 REPORT N1 (added on May, 5, 2020)
Jeff (Netherlands)
I met a woman named Hanna Andrew online through the Mingle2 dating site, and communicated with her for about 3 weeks. On the site, she claimed to be from Donetsk, Ukraine; her stated age was 32.Very quickly, she asked to communicate only through private email (hannaandrewflov@gmail.com).
In her letters, she professed to be an art graduate who now taught in an elementary school. She said she was single, an only child, with both parents still alive. She claimed never to have been married and was looking for a serious and honest relationship with someone who would never cheat on her. She indicated that she was open to travel, had been to Dubai, Thailand, France and Sweden before, and held a Schengen visa; she promised to meet me if I promised to take care of her for 2 or 3 weeks and share a one-bedroom apartment together. She sent nine photos in various suggestive poses.
At the start of the third week of correspondence (Letter 13), she indicated she was having problems with her apartment because her salary had not been paid. She claimed her apartment was being sold and that she needed ?700 more to rent a new place, pay the deposit, and settle agency fees. She wanted the money paid through Moneygram as she claimed to have only a local account that would not accept international transfers. When I checked with Moneygram, they said they had technical issues transferring money to Ukraine. I informed her of this and she said it was not true and had a friend who recently sent her ?200 through Moneygram. She lowered her money request to ?550, promised to pay it back as a loan, and then gave me her phone number and address, along with a scan of her alleged Ukrainian passport.
I immediately sent her passport out to be checked and it came back as fake. The numbers used were either Russian or phony, with the wrong passport number indicating a different region of Ukraine, a male last name incorrectly translated into Ukrainian, and an invalid personal number-suggesting the passport holder was male and born on March 7, 1979, and not on May 20, 1987, as stated. The photo used was alleged to be stolen. When I confronted her with this information, she disappeared and I never heard from her again.

Romance scam letter(s) from Hanna Andrew to Jeff (Netherlands)
Hi...
I am a graduate of art
I am a teacher
I teach in elementary school
I teach part time
I am single
I am here looking for a serious and a honest man for a long term relationship
I am open for travels

I am single
I am new here on the site and how about you?
How long are you here on the site?
Yes I agree with you
If you are serious maybe we exchange email address and write each other there and know each other more and I can send you more photos there and you also send me yours too