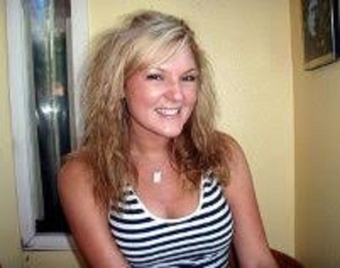 REPORT N1 (added on May, 8, 2020)
Jeff (Netherlands)
A woman named Joni Williams contacted me online through the Mingle2 dating site and communicated with me for about 10 days. On the site, she claimed to be living in Heerlen, NL, but actually was in Malaysia during the time we were talking; her stated age was 31.Very quickly, she asked to communicate only through email (joniwilliams51@hotmail.com) or through Skype (joniwilliams51), although she could not speak with microphone or by video chat as she claimed to own an "old" computer.
She sent six photos and we had four Skype chats. In her letters, she professed to be single, never married, and looking for a serious relationship leading to marriage and children, as her ex allegedly cheated on her and left her for a rich woman. She said she was an only child, born in the US (New Jersey) to an American businessman and a Dutch mother. Her mother allegedly died when she was 10 years old and her father passed away recently (in January the previous year before we met). Her letters and conversations were littered with lies; for example, she said she was unemployed now but was working for her father in his plastic producing company, but later admitted that the company had folded long before her father died. She said her father met her mother while on business in Europe, but his company was based in Malaysia and not in Europe. When I asked her how she came to be living in the Netherlands, she said she came with her mother after her father died, but her mother died when she was 10 and her father only recently, so they could not have moved together. Whenever I caught her in a lie, there were long pauses in the chats until she thought of some excuse to restart the conversation.
When we met, she claimed she was in the Netherlands, but was leaving almost immediately for Malaysia to sell her late father's plastic producing company, but would be back on one week. Once in Malaysia, she fell back on the typical scammer story of not being able to sell her father's company because of problems with a "claiming office." She stated that she had found a valuer for the company and that it was worth ?780,000, even though the company had not been productive for years and folded before her father died. According to her, however, her father had turned over company documents (e.g., proof of ownership, certificates, and working clearances) to obtain a loan and that the claiming office would not return those documents until all loans were paid in full.
She stated the loan was ?7800 and while she had given them all the money she had on her (?4600), she still owed ?3200, which made no sense, as she had enough money to hire a lawyer and retain a valuer. No claiming office or loan company would keep documents like those she stated, nor would they hold up a large sale for ?3200. I broke off contact when she gave me a fake address of the claiming office, which turned out to be a group of condos for sale; she could provide no online link to the company office (AZ insurance), its phone number, or to the valuable company her father owned. She is a clumsy liar.

Romance scam letter(s) from Joni Williams to Jeff (Netherlands)
hello there, how are you doing? i am Joni, can i know you more if you do not mind?

Hello,
Sorry for my late response as am not always online. i am so glad to read your reply and i really wish to know you more better because i must say you are the first man that will first reply me with meaningful and promising message and we have the same motive i guess. For me also looking good is okay but what is inside is the most important. Like when do you think you have time to be online so that we can talk more if you also want that? my skype name is joniwilliams51
I hope to read from you soon.
Joni

Hello,
I understand and appreciate you are looking for a serious relationship which is what i search here too but for me i think it’s better we start with friendship and when things goes the way we both want then it becomes something more serious. I don’t want to rush things due to my past experience
Read more