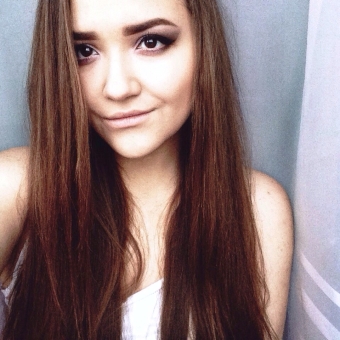 REPORT N1 (added on May, 8, 2020)
Jeff (Netherlands)
A woman named Rita Shapa (aka Ivanova) contacted me through the Mingle2 dating site and we communicated for about 5 weeks. On the site, she claimed to be living in Tol''yatti, Russia; her stated age was 23.Very quickly, she asked to communicate only through email (ritashapa@gmail.com) or through Skype (ritashapa).
She sent 21 photos and 1 video of her singing. In her letters, she professed to be single, never married, and looking for a serious relationship with a European man. She lived with a girlfriend in her own apartment, and her parents lived in another district; she claimed to work as a receptionist in a city cafE, but spent most of her working day playing on the Internet. She initially said she had an international passport, as she had once visited Turkey, but later denied it. Although I asked her many questions she did not answer until I asked her why she was ignoring them; then she started giving short responses.
By her fifth letter she was developing strong feelings for me; by her seventh letter, she was sure she wanted to have a child only with me! She hinted that corresponding only by Internet would lead to friendship, but a real relationship required a meeting in person. Very soon afterward, she expressed a strong physical interest in me and was impatient to move the relationship along. She started writing more explicit letters (offering kisses, touches, and passionate roleplays) accompanied by more ****** photos. By her 11th letter she was sure that she was in love with me.
Without discussing a meeting, she set a date on her own and then went to a travel agency to determine costs. According to her, she needed ?495 for airfare, an international passport, insurance, and a medical certificate. When I asked to speak online, she claimed that she did not have a webcam or microphone and did not want to spend money on accessories, but could borrow a friend's laptop to communicate. Despite her passion, she delayed communicating on Skype for one week, claiming to be loaded down with work as a receptionist. She stressed that she had to go to Moscow soon for an interview to obtain a Schengen visa. In her last letter, she claimed to have already gone for this interview before we even talked on Skype, and then signed the letter "Ivan" and not "Rita."
During Skype chat, she stated that the travel agency was bothering her for money, as they had already submitted a visa application on her behalf. When I asked her why she signed her last letter with a male name, she hesitated a long while and then professed ignorance, stating her last name was "Ivanova." I suspected I was not talking with a real woman but a clumsy scammer and broke off all contact immediately.
Created: 2020-05-08    Last updated: 2020-05-08    Views: 1090