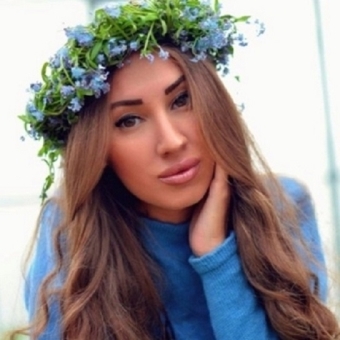 REPORT N1 (added on May, 8, 2020)
Jeff (Netherlands)
I contacted a woman named Marina Zabolotskih through the Mingle2 dating site and communicated with her for about 6 weeks. On the site, she claimed to be living in Finland, but actually lived in Almetyevsk, RU; her stated age was 34.Very quickly, she asked to communicate only through email (MarinaZabolotskih87@gmail.com) or through Skype (marina_sunrise).
She sent 50 photos and 10 videos. In her letters, she professed to be single, never married, and looking for a serious relationship. She lived in her own apartment for many years, and her parents lived nearby; her father was a carpenter and her mother a shopkeeper. Although she went to university for a higher education, she claimed to work in a clothing shop only because it was difficult in her country to find work. She said that she already had a visa and an international passport and had visited Europe before.
By her fourth letter she was calling herself my girlfriend; by the ninth she wanted to meet, and soon afterward she started writing more explicit letters (offering kisses and touches) accompanied by more ****** photos. By her 13th letter she was sure that she was in love with me. Despite her passion, she claimed not to want to speak on the phone as her carrier could not accept international calls; and then when I raised alternatives, she wrote that she had dropped her phone only that day, breaking the screen, so more intimate conversation was not possible other than in an internet cafE.
She already planned a date to meet, according to her scheduled holiday, and then went to a travel agency to determine costs. Although she already had a visa, international passport, life insurance, and medical examination, the only thing she needed was ?3000 to prove to border control in Moscow that she had enough money to stay in the Netherlands. She claimed she had ?1800 by herself and that her parents had offered ?1000 more, so all she needed from me was ?900 (including ?700 for airfare) for a five-day visit. She promised to repay the ?900 immediately on arrival, which made me suspicious. I sent her a copy of the Schengen Regulations with the appropriate sections highlighted to show she only needed ?34 a day to stay, and even that amount was waived with a Letter of Support. I offered to write one for her if she sent me a copy of her international passport, visa, and contact information (street address, apartment, phone number).
The day I wrote this, she claimed to have come down with food poisoning and was in the hospital recovering. She never sent me the documents requested, and I never heard from her again, suggesting her intentions were only to get money and not commit to a relationship.

Emails from Marina Zabolotskih to Jeff (Netherlands)
Hello! how are you?
I am a sunny woman, miracles and magic always happen around me, I like to give people joy and make them pleasant surprises if these people are dear to me. I am cheerful, an optimist in everything, loving and tender, but my love extends only to rare people who are really dear to me. I know myself the price and I know that I deserve a real big happiness in this life. I need a man who will complement and support me, someone who never betrays and does not expose, one whose soul is full of romance and he can share this romance with me, is needed. Also I have a visa tourist and the international passport.
P.S. I have a possibility to communicate on Skype through webcam.

It is very pleasant to me, I want with you will get acquainted on closer. I am sure that you the kind and sincere man. It will be convenient to me to write to you the letter on yours to an electron mail, also to send the personal photos for You and to tell about itself about the life, in the future we could communicate with you on webcam - to see each other. I look forward to hearing from you. I do not play any games, for me everything is serious! It will be very pleasant to me to see you on webcam. I wait...

I sent the letter on your mail if my letter is not present in entering, look in the folder spam, probably my letter casually got there.
I sent you letter, but it back to me returned check correct
Read more