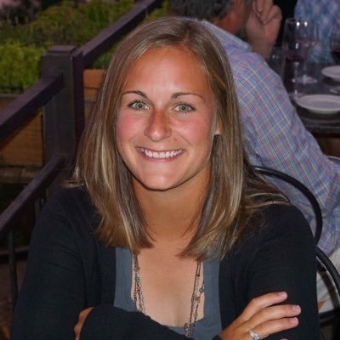 REPORT N1 (added on May, 8, 2020)
Jeff (Netherlands)
I met a woman named Jennifer Hopkins online through the Mingle2 dating site, and communicated with her for about 1 week. On the site, she claimed to be living in an apartment in New London, Connecticut, with her daughter, but the address she gave me was phony; her stated age was 34.Very quickly, she asked to communicate only through private email (jennhop02@gmail.com).
In her letters, she professed to be a single mother, divorced for six years, with a 10-year-old daughter. She said she had lost another daughter in a car accident five years previously, and divorced her husband when she caught him cheating on her. She claimed to work in a state of Connecticut facility14 miles from her apartment. Almost immediately, she regaled me with a sob story about having her car impounded for not paying tickets; to get her car out of the pound, she needed $300.
She begged me to loan her the money and promised to repay me when she received an IRS refund of $3800 on February 11. Taking her at her word, I sent $300 via Western Union (confirmation number 3179514488) on February 1. She confirmed she received the money the next day, picked up her car from the city lot around 6:45 PM, and reaffirmed she would repay me promptly. I never heard from her again, as her Skype, Yahoo IM, and phone were disconnected.
She sent five photos and we had one online Yahoo IM conversation and one phone call. When she disappeared, I hired a private detective to track her down. I learned she had an assumed name of Jennifer Lebleue; that the phone number she gave me was not registered with any major carrier; and that the address she gave me was not an apartment complex, but a house on the market for sale. I also learned that her story about her car being impounded was phony, as her driver's license had been suspended for more than one year so there was no car to drive. She also had an extended criminal history, including driving under a suspended license, using invalid license plates, and having a small claims judgment against her for $3535 by a creditor. The woman is a crook.

Emails from Jennifer Hopkins to Jeff (Netherlands)
Well at least you are open and honest. Just to let you know, two of my favorite things in life are laughing and smiling. . . . As a matter of fact, today I was going to remove my account because I feel like I may seem to be something that I am not. I feel that it makes me look like someone who would not be faithful or loyal because I had put myself out there on this site. I am very loyal and I expect the same in return.
My real email address is jennhop02@gmail.com. I am trying to remove this account so it seems you cuaght me in the nick of time! Who knows, maybe it was meant to happen!! Hope you have a wonderful day and be safe

Trying to thats why I gave you my real email address so please give me yours. I have to run to the store but will be back in about an hour so if you have yahoo email we can do instant chat. And if you dont have a yahoo.com address then you should start one because the instant messaging is much quicker chat wise. So, I will be hoping that when I get back in about an hour, you will have sent me an address, ok.. Hope you are on when I get back.

I really appreciate that you would help me out like this even though we just met. It really touched me that you would do this for me. I also want you to know that I really did enjoy talking to you on the telephone this evening. Seemed to me that there was no lack in the conversation or any quiet "I don't know what to sa
Read more