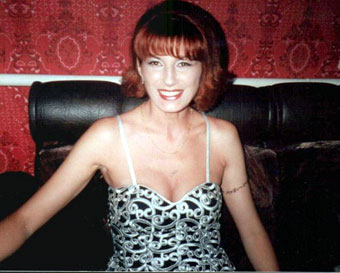 REPORT N1
Chris (France)
It was last year on April and May, she asked me to help her to join me By sending her the money for the trip and the documents she need... I refused And she suggested me to use a travel agency to take care of all and I will have Instead to give her the money to pay directly the agency for the 701 USD...
I did by using swift payment to the travel Mykolayiv agency of air transportation 74A lenina av. 54017 Mykolayiv Ukraine... Phone/Fax + 380.512.470255, 472550
Email : agency@maps.svitonline.com according an invoice N°3 dated May 7th.
For aviaticket “Austrian Airlines” Kiev/Vienna/Nice/Vienna/Kiev
Bank correspondent : bankers trust company New-York USA Swift BKTRUS33
Bank beneficiary : J.S.K Ukrinbank Kiev USD acc. 04-093-849
Beneficiary : Mykolaiv agency of air transportation Mykolaiv branch
acc. 26009000305001(840)
General director Tamara V. Sarzhevska
Accountant Irina N. Lyubyanitska
Since this payment I never had any news from her, either by mail or email...
As well as when calling her she cutted the line, then I decided to ask explanations To the travel agency and nobody wanted to answer me by cutting too the line and never Got any answer to my emails I sent them, and was on the point to declare such acts to the Embassy in Kiev but didn’t do !!
So now I see she started again to place a new ad on June 14th to the same site and that why I reported you the facts to protect other men corresponding with her and may be to inform the Bride.ru services... She is a scammer !!
If you need I have his passport details...
Best Regards
REPORT N2
Jim (USA)
I contacted this woman in May of 2002 whereupon we began what I thought was an incredible romance...We became engaged in November during a holiday in Budapest. From the very beginning she threw hout hints that would cause me to want to send her money to assist her...she told me that her refridgerator was broken, that her fox coat was worn out, that life was so difficult, and that her salary would not support her bills...Once we became engaged she cleverly manipulated me into sending her a monthly salary and to provide for her rent, her unexpected expenses, gifts for her son and family...she was a virtuoso scammer and I was love sick widowed man only looking for a wife and a nice friend for my children. She understood exactly what I needed to hear so that I would naturally want make her life easier until our K1 Visa was approved - so that I would send her a salary. During our entire relationship she tortured me with the difficult problem of obtaining her ex-husband's signature for her son's Ukrainian child travel document. It was brilliant how she played this game. I had no idea and no suspicion that she was other than a great woman! But the red-flags were there all along and I refused to see them...Never was there a thankyou. Once she wrote to me that her other friends received thousands of dollars per month while they waited for the Visa... Finally one day she said that her husband agreed to sign but that it would cost me $1,500. This was about one month before our k1 Visa interview in Warsaw was scheduled. I built a hand made cherry wall clock for her mother, I remodeled my home for a bedroom and bath/shower for her son and she continued to accept my money, my trust, and my love. I literally worked around the clock in my home 7days per week to prepare a nice home for them. I sent her the photos of my progress and wrote and spoke to her about it. In July, 2003 I went to Nikolaev, Ukraine to meet her family and pay the $1,500 bribe to her husband, $200 for lawyer fee, $240 rent, and other odds and end, and of course proudly present her mother with what turned out to be the most valuable thing in her home -the clock that I made for her. One week later Irina wrote to me and said that it was over, that she had no intention of being my wife. Only recently, her son wrote to me that she had other men during the time we were engaged...He hacked her email and copied several of her letters to and from other men...they are sending her money too! Her words to me that captured my heart were only lies...this is her job.
Beware...this one wrote to my children and spoke with my friends to keep her scam alive for as long as possible. She will go as far as having you meet her friends and family. This woman took 1.5 years of my life about $12,000 of my money and taught me my first lesson in betrayal. She broke my heart and my children's heart.....Beware..you won't know what hit you!