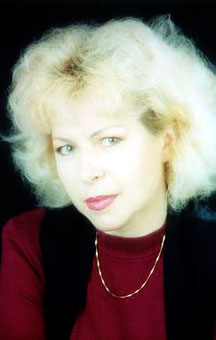 Romance scam letter(s) from Natalia Ivanova to Skip (USA)
Hello dear Skip!!! I was very glad to get your letter. I really like you very much but I don t know how can have family and relations with man, which can to send some money even for Internet service. Therefore I didn t reply to you. I am sorry but all depended on you Skip. I thought you are really my destiny and love!!! Natasha.

Dear Skip, I m very glad that you want to help me with Internet service. I m very grateful to you. My darling, I have other way, I think it is better. I would like to buy inexpensive computer. My friend has such computer but I will not be pay for Internet provider. I will be to have own computer and free Internet. My love, I think of it because I will be here about 6-7 months before we will be together. I would like to write you every day. The Internet club there is in other place of city there and visiting takes about 3-4 hours with trip and I come back to home lately (I m afraid). I think to have
Read more

Romance scam letter(s) from Natalia Ivanova to Ben (England)
Hello dear Ben!
I was very glad to get your nice reply and photos. Thank you! I was very glad to talk by phone with you, to get your sms! Thank you for understanding about my busy weekend. I will be glad to hear you next week, on Friday, in the evening. You are very attentive if think of sending me gift for Christmas-))! You are real gentleman, caring and attentive. Sorry for didn't answer on your questions-). My bad habits-), well: sometimes I like to sleep a little more on weekend, may be till 9 a.m., I like ice cream and Ferrero Rocher ( my most bad habit-)))! As all women I like shopping, to be spoiled and beloved, nice lingerie and perfumes. But it may be not so bad habits!
My birthday is 15th Sept.1964. My hobbies are traveling, camping, walking, bycicle, badminton, dinning out side, barbeque with friends, historical books and movies.
The weather in Moldova is not so good too, +3'C and rain with snow. I like that you want to know more about my co
Read more