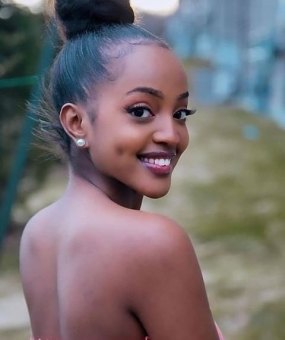 REPORT N1 (added on October, 26, 2020)
Nick (USA)
I cannot believe this woman is a scammer. She really did have me fooled. I did ask myself this is too good to be true but never once thought this could happen to me. She found me so thats the first sign i guess. Then she immediately stop her profile once we started chatting outside the website-second warning sign i missed. Her profile said she was 29 and living in New York - USA. She claimed to be spanish/american. There were several questions i keeped on asking over the three weeks we chatted and she never once answered any of them - another sign i missed. She claimed to be in nigeria claiming her deceased father estate being gold and gems that he bought and left it with a major company there- another sign i missed. She never once ask for money but when she needed some would come up with a pittyfull story making me feel sorry for her. It worked the first time when she said that she was slightly injured while crossing the road and woke up in the hospital minus her wallet. I told her i would send $500 aud but instead sent her only $300 aud. A few days later she gave me a ***** show on cam and i started to get suspicious with the moves she was doing for my benefit - she looked in great shape considering what she had been through. At this stage i did accuse he of being a scammer and she wrote back begging for my love for her and that she was telling the truth. One week later she said that she needed around $1000 aud for solictors fees. She did not ask for it again but mad me feel sorry for her and i agreed to sent her it. She was begging me to use certain money tranfer outlets that don't excist in australia. She knew what she was doing and i really started to get suspicious and NEVER sent her anything. This was a few days ago. Have left her hanging on thinking i might send her the money.
Men, be carefull out there. She's good at this stuff. She told me that her ex was ******** her best friend and he dried up her bank account. I don't care about the $300 but i do care about my feelings. My advice to anyone out there be wary of the dating sites.
Thank You Stop-Scammers.Com for your database in helping me to prove me right that she was intead a scammer.
I going to let her hang on for another week and see what she would do before letting her know what i know. Maybe the scammer can become the scammed hahahahah.
Created: 2020-10-26    Last updated: 2020-10-26    Views: 1012