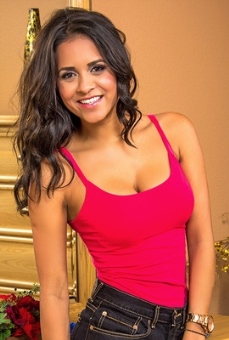 REPORT N1 (added on October, 30, 2020)
Peter (Australia)
I stumbled across the dating site by accident but decided to join. I was lonely. Was very quickly contacted by a number of members, mostly wanting ****** contacts. But one message was different. She claimed to be looking for her true love. Her beloved. Asked me for my email address so we could talk away from the site and send photos. Told me she was from the US, California. Moved to perth 4 years ago when her parents died in an accident. Said she moved in with her uncle in subiaco. Until he kicked her out. Then said she moved into an angove st home in north perth. She them told me shed like to meet but was going to the UK on business. Within days she was confessing her undying love for me. Then came the requests for urgent money transfers via western union as she couldn't leave the country without 4500 pounds. Stupidly I sent the money. 10,000 aus dollars. The next day she said she'd been robbed and could u help her again. Again I stupidly did. Another 10,000 dollars gone. She said she was grateful and loved me entirely. Booked a flight home through KLM airways as they allow criminals to fly with them as long as they have a passport. She claims a US passport. I checked her flight details online only to find that she had cancelled the flight. She claimed that the goods she'd purchased for her business were now being held in Nigeria and they've threatened to destroy her goods without her paying 25,000 dollars for elephant tusks alleged to be in her container. At this stage I had already believed i'd been scammed. I started my research. The address she gave, the owner of the property never heard if her before. She didn't know her uncles name. All flight claims were always cancelled. Her diction and literacy were poor. No record if her existence anywhere in the world could be found or that if an accident killing her parents. She had no idea about import/export laws. Didn't have any documentation from any government to export or import goods. No business name either. Everytime I asked her to clarify she would take forever to respond and it would always be a lie. Constantly now making excuses to not return to perth. Although I have reported her to the website where I found she has at least 7-10 alias's and has been doing this for at least a year. UK crime stoppers were notified and their fraud department. I have photos but no one knows for sure except western union in Sweden who were also informed. What Mary actually looks like. I got taken because of my kind nature. But when I told her that I would not help her with the 25,0000 the love was gone. You don't love me or you'd help. I told her come back to perth of it is your place of residence and you have documentation of the value of the container they will loan you the money. She refused point blank. I'm not returning till I have my goods and there is nothing you can say to change that. At this point the scam was very obvious. I told her she was a con artist a scammer a fraud. Everything you say proves to be a lie. I will no longer return her emails. The UK appears as though they will not help in this situation despite all the proof. So I'm *******. Don't let it happen to you!
Created: 2020-10-30    Last updated: 2021-02-19    Views: 1044