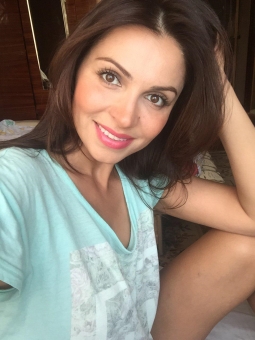 REPORT N1 (added on November, 13, 2020)
Hugo (Norway)
The lady has for a lot of years had her profile on the sites to Natashaclub.
The lady contacted me on the sites the spring 2019.
She has earlier been model in Ukraine in 2009.
Here are 3 videoes of Zhanna Tcukanova from Bali this year. The scammer never talk on her videoes.
In the last half of October Zhanna has written that she feel ill and has temperature. But the fact is that the lady has upgraded her profile on the dating sites to natashaclub with new videoeos and photos of herself.
The lady claims to work for Moscow Gestalt institute. I have sent emails to the divisions in both Moscow and Odessa. I have added the english version and the translated russian version.
The organization has not replied me. And the lady Zhanna Tcukanova has not removed her profile.
She has people around her that support her in what she is doing. It is pity that the lady is buidling up the camping and resort by doing international organized fraud.
I already know that that Zhanna Tcukanova is doing the dating fruad in cooperation with the place Shantambala Retreat and Resort. If you google this you can find evaluations on the net about this place. I have added a screenshot where I have told that I am disappointed that the place Shantambala Retreat and Resort tell that they not have anything connected to the lady.
After I sent up a screenshot in google maps that tells that Shantambala has followed the Instagramaccount @zhannatcukanova, my instagramaccount was manually searched up from the Instagramaccount to Zhanna and blocked. The instagramaccount @zhannatcukanova is on net and represents a danger for the safety on the internet.
She created a profile last autumn with name @tcukanova.zhanna. From her newest account I could she she followed her biggest Instagram account ..until it was deleted the 12th of May.
The special thing about Shantambala is that they have never answered my e mails, even I have written to them in Ukrainian and Russian. You find the emailadress to Shantambala on Instagram, Facebook and on the web.
Shantambala answered only one time. That was when I used my dating agent that lives in Ukraine.
The dating agent dialed the recepetion on the place to find out about somebody worked there.
The questions that was made was about the rooms, facilities and prices.
During the winter the swindler Zhanna Tcukanova has joined a spiritual club.
I have found out that an important person that is behind the scammer Zhanna Tcukanova is named Dmitry Goncharov.
When it comes to the person Zhanna Tcukanova, she is not a high tech person in using social medias and the different dating sites.
It is Dmitry that is helping her with this.
He can controll, read and administrate all the profiles that is made of Zhanna Tcukanova.
But Zhanna is making income and benefits from her "work" together with Dmitry. When the dating sites ask her to confirm her identity, she lets Dmitry borrow her passport and send this to the diferent dating agencies or datingsites.
Zhanna is a member of a group named "Shantambala family".
Dmitry is the main technical internet administrator for Shantambala Camping and Resort.
Dmitry is interested in what I post on my Google maps too.
I have added a photo. This is a screenshot that I made one year ago from the Instagram account. The photo tells that Dmitry and Zhanna is dancing.
After I published this on Google maps, Dmitry Goncharov changed his Instagram account from public to private...
When you watch the facebookprofile to Dmitry Goncahrov, you will see that Zhanna Tcukanova is friend with him.
And when you see the Facebookprofile to Zhanna Tcukanova, you will see that she is friend with him too.
As I earlier told, Zhanna has joined a club.
There is another thing that is going on too:
The main building to Shantambala in Odessa burned the 28th of October this year....
You will see that he is asking for money to rebuild the place on his Facebook.
People should NOT send any money!!
I mention this hoping to help men searching for love, to avoid to be swindled from Dmitry and Zhanna.
Dmitry might be a skilled hacker that is able to access servers on Google, Facebook, Instagram and other places on internet.
It is important to mention that Victoria Suranovich knows Zhanna Tcukanova.
Zhanna told earlier that Victoria is a good friend of her.
You have her on the link: https://www.stop-scammers.com/scammer.asp?id=13381

Emails from Zhanna Tcukanova to Hugo (Norway)
Hello my dear Hugo! I am very glad to receive again from you your tender and such pleasant words. This adds to my optimism and confidence in the future. My dear and how do you imagine that I got courses through another Agency. If I'm only here. If there is an opportunity I will be very grateful if you pay for the course through my Agency so that I could still take advantage of the training. This is important and desirable for me. And why did you think that I wouldn't tell you that I have friends on this site men. I don't see anything wrong with that. Isn't it. I'm free at the moment. And in General, in communicating with men, even in relation to me, I do not see anything wrong with him. After all, trust is the most important thing in a relationship. The most important thing is not to cross the line. Isn't it?. I look forward to hearing from Your Jeanne

My much-loved Hugo! I am very pleased that I am your happiness and my letters bring you positive emotions.I, too, always look forward to your letters. After reading them, I have faith in real men. And a small hope that I, too, can be happy. I really hope that we will find this happiness with you. Thank you so much for trying to make me at least a little happy. And you find some ways out of difficult situations. I'm lying that we can do this with you. I think that we should still take a risk and try to switch to your new profile and carry out our little adventure. If
Read more