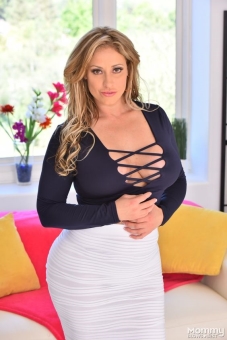 REPORT N1 (added on December, 3, 2020)
Alan (USA)
I met this person on a dating site. She had told me she lost her job due to a fire at a mall where she worked. She claimed to be a hair stylist. She had been unemployed for 5 months. She asked me to help her move to me to get a job and start a life with me. She claimed also that her parents were killed in an auto accident 5 years earlier and that she was waiting on a settlement from her father's business. She said he had a warehouse in Nigeria and was waiting for it to be sold. Two days after I gave her plane fare to get to me she claimed she had to report to court in Austin to settle the case. She claimed she won the case but needed money to pay outstanding debts to collect it. I gave her money to renew her ID but not for the debt. She asked to come again so I sent bus fare. She claimed the bus blew a tire and she was injured and hospitalized. After that she had more court appearances. finally she said they deposited $2,185,000.00 in a bank for her after the sale of the warehouse. She now claims she can't access the money because she needs a marriage certificate and she named me as next of kin. She now claims to be homeless and is asking for more money to get out of Texas. She will not listen to me as to how I want this done. I said I wanted names and numbers to verify her location and she refuses. she also said she has an expired ID and can't get the money herself. She used several people to get the money I sent to her. I had asked her to call me so I could hear her voice and what I got was very garbled and It sounded like a black man. I had gotten another call by a black woman claiming to be Brenda. She said she was hungry, and I told her that I didn't believe her. I gave her 7 chances to get here and each time something happened.
REPORT N2 (added on March, 22, 2021)
Bob (UK)
"I'm Jessica by name all my life as been engulfed with loneliness I hope I meet someone to make me happy once again and spend a life time together.
We can get to know more about eachother by hitting me up on hangout lusterjessica511@gmail.com."
Created: 2020-12-03    Last updated: 2021-03-22    Views: 1483