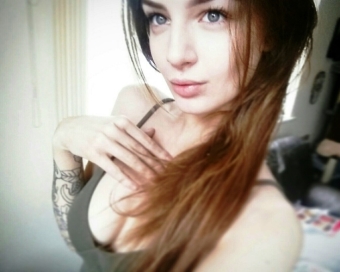 REPORT N1 (added on January, 26, 2021)
Jeff (Netherlands)
I met a woman claiming to be Olivia Jade Dorothy Garlick through the Seeking Arrangement site (screen name: BehindThoseGreenEye) in March 2018 and we communicated on and off for about 3 years. On the site, she professed to be a single woman living in Manchester, UK, and with a stated age of 23, although it turned out later she was only 18 at the time she joined the site and was not in Manchester at all. Very soon, she asked to meet in person and then text via WhatsApp when she could not sort out passport travel issues, She sent 27 photos and we exchanged 34 letters. In her letters, she claimed to come from a rough background, hinting of abuse; her father died about four years ago on December 26, 2016; her mother apparently is a *****, and her younger brother allegedly is a drug addict. She only worked minimum wage jobs in pet stores, and never traveled much outside the UK except to South Africa where her mother supposedly was born, although she also claimed variously to have an ID and passport, and then neither, which would make travel impossible. She turned out to have mental health issues and was hospitalized in an acute psychiatric ward for what appears to be more than one year (first telling me about this on June 30, 2019, and not discharged until December 8, 2020, which calls into question how she could get pregnant or give birth)..
Although the details are hazy, she claimed to have been placed in foster care when younger. She eventually admitted having a boyfriend for 7 years, and moved in with his family after an unspecified brutal incident years ago. One drunken night, she claimed to have a one-night stand with her ex and created Jacob, although how this could happen is unclear given her timelines. Jacob (allegedly 7 months old as of November 12, 2020, which implies an April delivery and a July 2019 moment of conception) was cared for by his grandmother before Garlick was released in December 2020. Once released, Garlick went back to her ex, but portrayed herself as still single and never married. Her ex apparently provides her minimal to no financial support, starving her and locking her in his flat while away.
Garlick stated her government benefits were cut off by the UK once she was hospitalized and was in desperate straits before Christmas. She needed financial help and a new phone to continue to correspond. In her letters, she said she was the "most trustworthy person you might come across," but I ignored the warning signs that suggested otherwise. At first she gave me her bank details at a credit union called Engage (which showed a negative balance), but quickly claimed it would not accept international wire transfers; so, she asked me to use her mother's account at Lloyd's Bank. When I asked how this could be possible, Garlick claimed she was acting as her mother's guardian until February 2021, and gave me her mother's name ("Lisa Lord") and address, which turned out to be the same address she used, although she said her mother was a 5-minute walk from her. At various times, she claimed to be "clueless" about simple matters such as banks, credit cards, and PayPal, but knew enough to request same-day bank transfers.
Trusting in her and her story, I wired some 1200 GBP to her "mother" on the promise Garlick would send me her photo ID, which she continually vowed to send since December 22. No photo ID ever arrived and then the lies began--that she never had an ID, could not afford a passport (which always was being "sorted out"), and eventually promised to send me her birth certificate. The certificate never arrived, and she started inventing excuses about not being able to find it, or that it somehow was in the hands of the PA social worker who arranged her hospitalization.
Garlick disappeared on January 11, after claiming "I will send a videos in an hour or so with a full explanation and a possible remedy to fix this situation." No video ever arrived and no remedy was proposed. The above facts suggest that she is a scammer.

Emails from Olivia Garlick to Jeff (Netherlands)
Taken my photos into private as too many men on here have used my photos to paste them into Google to find my personal social media accounts before I have even spoken to them, understand I will not speak to you if your opening is "may I request your photos"
I am not materialistic. You will never see me with anything designer because it's just what I am not used too. If you message me with just a request for my photos you will be deleted straight away, how rude. I love my art and being surrounded by good people. My dream is to travel. I don't know everything but I know lot for my age. Young but old fashioned .  All I want from life is fun. No pressure, drama or any sort of thing to worry about. I want to feel like I haven't and won't waste my life.  I don't go out clubbing or partying like people my age, I can have a great time but I just don't feel like going out on my local town is that.: ) Yes I am 420 friendly and open to all situations.
I am really open-minded and I am confident I have a beautiful mindset. Also I can pretty much adapt to anything. I believe that doing as many things you can for the first time makes you happier and more daring. You could also say I have no fear, adrenalin is my guilty pleasure as well as excitement.

You would hate it if my conversation was based around money so don't base yours on ***. Massive turn off. I am looking for someone who can help me make memories. So
Read more