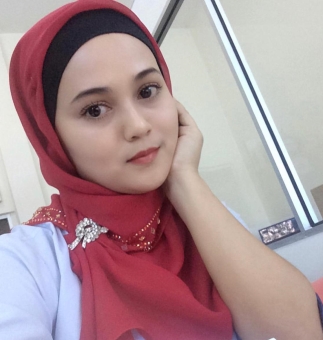 REPORT N1 (added on February, 16, 2021)
Onamika (South Africa)
This girl met me through dating website Muslima. She contacted me first and befriended with me and within 2 days fall in love with me. She then asked me if I can assist her in getting her passport, visa, travel money, air fare and few other things as she already got employment contract in the UK but cannot afford to pay as her parents are broke due to Covid. I thought she is a Muslim girl and genuine and so I assisted her by approximately ?5,000. One morning after she received her UK visa, she told me that her house was repossessed by bank as her father did not pay bank bond for almost a year due to job loss from Covid. Also, father is expecting a fund transfer from pension fund of previous employment. Unfortunately, her passport and luggage are stuck in the house and she is unable to fly to the UK. So she bagged me to help her father with ?19,000 and her father will pay me back once the money from pension fund is received. I was naIve and believed their story so I sent the money. Soon after they received the money they told me that they still have not the house back as there is a Municipality bill of approximately ?5,000 is still outstanding and bank will not release the house unless Municipality bill is paid. When I asked them to send me the Municipality bill to verify, they sent me one and I immediately realised that the bill was forged. The figure on the bill does not add up, municipality logo is missing and it is absurd to incur almost ?5,000 electricity bill in a month. After further investigation, I realised that this was an elaborate scam and I have already lost ?24,000 (USD $30,000/ Rand 475,000).
Created: 2021-02-16    Last updated: 2021-02-16    Views: 1146