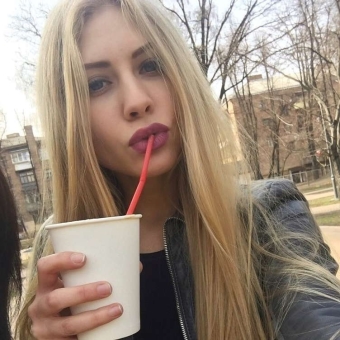 REPORT N1 (added on October, 11, 2021)
Klaus (Germany)
I met the woman on LOVOO.
We communicated by email for 4 weeks.
She sent beautiful pictures and lovely letters.
Then she gave me a phone number and we wrote and called on WhatsApp.
Then we decided to organize a meeting in Germany.
First she asked for money for a passport.
Then money for the trip which is transferred to a travel agency.
Next she says that you have to show a certain amount of capital when you leave the country, she needs 650 euros to be allowed to leave the country.
On the day of the flight, she calls and says she has debts and is not allowed to leave the country, she has to pay the debts. With Western Union immediately so that she doesn't miss the flight.
Then 2 days of radio silence, then she reports and writes that she was attacked and the money was stolen, she needs it again.
At the 2nd She got sick and had to go to the hospital.
She must first pay the hospital bill to travel.
The 3rd Try, everything seems fine. But on the day of the flight she says the PCR test is positive and she has to go to the Quran.
I asked for plane tickets.
I had the passport shown to me.
I had the positive test shown to me.
All fake documents, but very well done.
She sends pictures with black eyes from the attack.
Everything seems real.
But after the 3rd I tried to break off contact.
I wanted to test how this scam worked, it cost me a lot of money, but I learned a lot.
Men, stay away from this woman.
In no case send money.
She won't come to visit ...

Emails from Alina Klimova to Klaus (Germany)
Klaus, darling...
I don't know how to begin it... I am sure that now you will be shocked, but in the morning I was just under such striking news, that could not believe my ears about what I have heard. Darling, for the trip to you I needed to do PCR-test as you know. So yesterday I did its test, and today in the morning I went for the results, and I have positive analyze!!! It showed that I have active COVID!!! I could not believe all this, because I have no symptoms, I feel myself absolutely fine, and no grounds to think that I can have it at all!!!
I asked how it can be, that it's some mistake, I am healthy, feel myself fine, but I was explained that people bear this disease in different ways, someone can have it, but not to know about this, as in my case, because I have young body, there are no symptoms and no complications!
Of course at once I was isolated, and now I am on quarantine at home. Working administration set me up computer at home, as it is beginning of school year, so I will do my job from the house and I have to be under the control. People always will come and check if I don't break the rule to be guaranteed. I don't know what to tell else...
Just since the morning I am in such condition not understanding what is going on and it seems that all this nightmare is not with me and us!!! Tomorrow we should be together, but I have this virus!!! Just why and how!!! I don't know what to tell else... I have no words, no emotions...