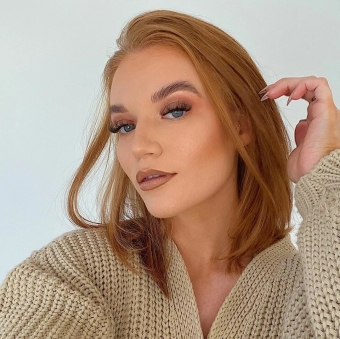 REPORT N1 (added on October, 26, 2021)
Richard (USA)
Met her on Chemistry site. She claimed to own construction company and about to finish a project in Hammond, LA. Refused to meet with me even though I live only 1.5 hours away. Sent me flowers for Valentine's. Soon left area for Cape Town, SA. Gave me address and phone number there, but unable to connect on phone or locate the address there. She called but the number did not show on my iPhone. She spoke with a strong Brittish accent. Said she was working on large building project there for at least 8 weeks. Then about 3 weeks later she said she was hit with huge water and electric bills for the permits for the construction site and asked for my help because she had used up all her credit and cash on labor and materials claiming the costs were more than she had planned for. She pleaded for me to send $10000 to her. I told her that if she had met with me in person I would gladly help her out, but I would not send money or gifts to someone I had not met in person. She stopped writing and so did I!
Created: 2021-10-26    Last updated: 2021-10-26    Views: 730