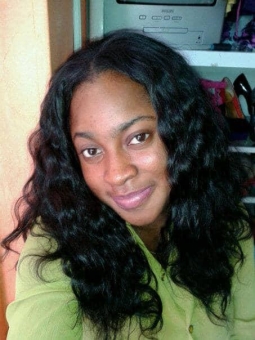 REPORT N1 (added on November, 9, 2021)
Ian (UK)
It started with various stories about her sister having died in a car crash in Alaska USA, and that her sister was paying for her studies for a degree in Fashion Design at a university in Kumasi, but needed funds to complete the course. Also she had communication from he fathers lawyers, regarding her inheritance, but time and time again she borrowed money from me, one time her sewing machine blew up when the power was restored and as she was in the middle of her finals, she needed help to get it repaired. Another instance was she had competed a design and was picking up the payment when on her way home she was attacked by motorcycle robbers and the funds she was to have repaid me with were stolen. After that she no longer had any ID and so the money was being sent to a contact of hers. She had her fathers friend send me some information relating to some property that had been left in a will to her, I had my worries that this was a fake barrister so i attempted to contact him via LinkedIn, but do date since December 2020, I have not had a reply from him. She had supposedly done some design work for PABA cosmetics this is where Patricia Kumi came on the scene at this point wiring me an email stating that due to the death of the head of Fashions within that organisation her payment would be delayed until after July 28 2021. again no proof was offered to support this. I had asked on numerous occasions to see her passport or ID neither of which ever materialized. When i kept confronting her about being a scammer, she strongly denied that fact. However, she had me hook line and sinker going along with her stories, even helping her to visit her Grandmother who was giving her a legacy of some property around the Mampong Area. Where there was supposedly a quantity of precious metal to be found. During this period her grandmother supposedly took ill and at 96 while undergoing a relatively standard operation she never recovered and died. Leaving the mine to be licenced etc. etc. before legal operation could begin. again I ended up paying 4148GHS for the licence which was issued in both her name and mine. Then starts another saga, This time involving PABA Ghana for which MORE money was borrowed with the "Promise" of repayment. The latest addition was that because of near starvation while in Accra and the need to get her birth certificate, she was again supposedly taken to Techiman's Holy Family Hospital, once again up to this point everything had sounded plausible, however this was the point where the truth finally came to the surface. I managed to contact the hospital directly but the information being given to me by (again allegedly) Patricia Kumi who was using Juliet's phone did not check out when given a ward number, that hospital does not have a ward 5, nor did the OPD number, as i was given a 3 digit number where a real number would be either 4 or 5 digits followed by the year last seen in the hospital. Once again probably out of hope that this was not a scam i lastly paid 1800GHS for an operation.
Created: 2021-11-09    Last updated: 2021-11-09    Views: 186