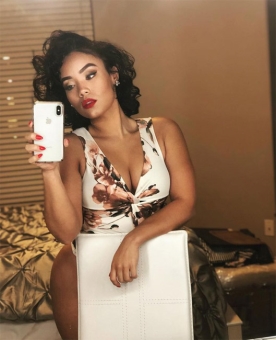 REPORT N1 (added on January, 10, 2022)
Javier (USA)
Met on meet me dating site talked exchanged pics, claimed to start to fal, in love, claimed she worked in gold company on contract from USA, nearing end of contract and could by out for $1500.00 Dollars n recieve187,000 and would come to us and meet, I told couldn't and didn't have that kind of money, talked several weeks and mother need heart surgery ask for a hundred or so to buy food, several timesmall felling love and wanted to come to me in USA later a aunt need surgery and her family needed money and had family in us that needed bank acct to transfer money to ghana I had a wells fargo easy card so she had 2300 sent to card I cashed out n sent money via moneygram later turns out deposit was made using bad check, I was stuck paying that backher promising to take care of debt n then she was needing social security number to transfer money into acct. Wouldn't give her that said if I loved herr I would help .all of a sudden her computer was crashing so we talked less and don't hear from her anymore.
Created: 2022-01-10    Last updated: 2022-01-10    Views: 99