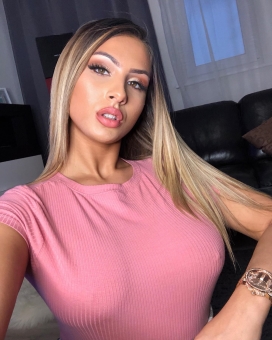 REPORT N1 (added on June, 20, 2022)
Mike (USA)
This lady contacted me on a dating site called Zoosk and then she said about getting off of the site right away and going to email and Google Hangouts which I did. She sent me photos that are knock out gorgeous, like a model. I deleted some of those though. Still have some too though.
At first I thought she was a scam so I played along, but then when she sent more beautiful photos and started talking in language of loving me more than anyone ever and want to show me her love physically, etc. I got hooked. But then my parents and sister said she was a scam, but I did not want to believe that she was because I was emotionally attached to her. Then I blocked her, but then I was sent flowers with a strange message that sounded like it was from her playing head games with me. So now I do not know if she is a scam or not. I want to believe her, but there are too many Red Flags. I sent her money transfer for Internet access $150, and for a new PC to use webcam with me ($950) - Money transfer to U.S. contact person. Now she is asking for money for an IPhone and wants $890 from me, Money Transfer. I do not want to send any more money to her now because I do not want to trust her. I want to believe her, but I do have a lot of doubts and I am afraid. Her photos are beautiful and I have not believed what my parents said about her being a scam. I have wanted her to be for real, but I am afraid she is a scam. I WILL NOT SEND ANY MORE FUNDS, for any reason.
Created: 2022-06-20    Last updated: 2022-06-20    Views: 81