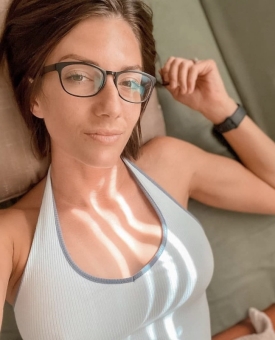 REPORT N1 (added on September, 5, 2022)
Melanie (USA)
Met this woman on Match.com believing she lived in Nashville, TN. She then told me she was stationed in Syria and was a Senior Master Sgt in the USAF. She seemed knowledgeable about what was going on in Syria at the time and what it was like being deployed (to the best of my knowledge). During this time, she sent some gifts to me as well from a reward she received for a mission she'd been on. Then, she decided to come back to the US and leave the military, but had to come through Turkey. Said USAF wouldn't pay her way because she was was on a secret mission and they couldn't acknowledge it. Also said she couldn't access her bank account. Sent third-party check to me for large amount that was more than amount of money she asked to borrow. Sent her some money. Also sent me pictures of her drivers license, military ID, as well as various photographs of her in uniform. Got to border of Turkey and they wouldn't let her cross unless she gave more money. I refused. She then said she was captured and held prisoner and was hurt. I sent some money to the brother of the person helping her and he was to bring it across the border to her. Then, she said the person helping her was killed, so she was still with the brother. Last communication was that she was across the border and headed to the American Consulate in Turkey.
Created: 2022-09-05    Last updated: 2022-09-05    Views: 85