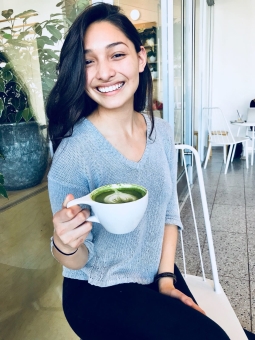 REPORT N1 (added on October, 7, 2022)
Mohamed (Australia)
First met on Okcupid, she advertised that she is from Sydney Australia, which she is not, and then she use to live with her father in australia until her dad died and she moved to england with mom, all her photos was someone else, and that was a lie, pretend that her mobile phone was to be repaired, and sold, she keep saying that she live at Birmingham as a suburb of London England, she does not know Birmingham is a city 160 miles from London, she pretend she has fallen in love with me in avery short time, first she put a different photo of one of her friend or sister which she looks alot younger than 25 years, then she sent me her real photos. her ex boyfriend want to her to be ********** with Chinese, she ran away and met another man which he died in a car accident she has a daughter from him one year old her name is Sandra, now she lives with her mother, her daughter got sick from food poison she need $865.00 for the hospital treatment,but her daughter still home with her, but she can raise $300.00 from her sisters in Georgia Alabama USA, now she need only $56500. to help, I declined for the reason was where not couple as yet, then she sold her mobile phone and she want me to send her, i pretend that I will if she give me her home address she declined the things got stolen from her home, and is better if I send her $500.00 instead so she can buy her phone, that some the stuff she did with me, she is dangerous female, I believe she lives in USA Birmingham Alabama, hope some one can stop her before she can do some damage to vulnerable men out there.
Created: 2022-10-07    Last updated: 2022-10-07    Views: 201